We caught up with Raidho who is trailblazing downtempo house and electronica in Poland. Booked to play places like Burning Man in America, he is also a talented producer who has achieved releases on labels like Bar 25 Music and Sol Selectas.

Earlier this week Raidho dropped his new EP on Sol Selectas, which also features remixes from Kermesse plus Timboletti, and you can pick up a copy of that release from HERE.

It’s nice to meet you Raidho, could you start with a quick description of your music style?

It is very nice to meet you too.

I would say organic house or world music. Basically, it is deep house music with ethnic and folk elements between the range of 90 and 115 BPM.

What part of the world are you currently based, and what’s the music scene like in your local area?

I am based in Warsaw, Poland. Our scene is very good, but at the moment there is a lot of techno. Our scene is inspired by the one in Germany, so that’s why we have a lot of techno events. Many good international names visiting us regularly and they really enjoy our parties. The genre which fits to Raidho is kind of new here in Poland, but slowly it’s getting more popular. We also have lots of very nice festivals, boat parties and open-air events, so the summer is always busy in Poland.

You recently dropped an EP on Sabo’s label Sol Selectas, and I wanted to ask you about the concept behind those tracks?

For a long time I’ve been excited for this release. ‘Rain Drops’ is a track that was done more than a year ago, and Sabo has tested it many times during his shows… including Burning Man 2018. It’s been working very well on the dance floor, and the second track I did few months ago, so we finally finished off the EP then found some amazing remixers for my release.

Rain Drops was inspired by a song originally done by Peter Gundry. I enjoy his sounds so much that decided to use them for a track, and I contacted him for his approval. The other song ‘Munilea’ is more up-tempo with very nice melodies which makes it more emotional.

Before your solo EP on Sol Selectas you had previously featured solo tracks as part of the label’s Summer Sol compilations. How does it feel dropping your first solo EP on the label?

Yes, I released two single songs on Sol Selectas so far, and I’m so happy that I finally have a full EP on the label. I met Sabo during ADE in Amsterdam after my first release, and later I got the opportunity to play with him at the Sol Selectas shows in Tulum and Mykonos. I’ve also met his fiancée Helia who does the Sol Selectas art, and they have made me feel like a part of the label’s family.

As I mentioned earlier, I’ve been waiting for this release for a very long time, so I’m very happy that I can finally see it as a pre-order on Beatport.

Apart from Sol Selectas what other labels have you featured on, and do you have any forthcoming releases scheduled for the coming months?

My first EP was released on the German Bar 25 Music label. I also released a single track on a compilation for Bar 25, and did a remix of Gab Rhome for them. I had an EP on Acker Records with an amazing remix from El Mundo, and then one of the tracks from that EP was re-released on 3000Grad Records.

I worked on a remix for a Polish label called Otake Records, which belongs to my good friend Piotr Bejnar. There is also a single collaboration track I did with T.Etno that was released on a compilation for Iboga Records.

At the moment I don’t have anything scheduled except the upcoming EP for Sol Selectas. I had a bit of a break from music for around 5 months because of personal reasons, but I am working hard now to finish new material for my next few EP’s.

I also wanted to ask about your artist name, as I understand that it has a deeper meaning that matches your philosophy on music?

Raidho is one of the twenty-four runes that comprise the oldest form of the runic alphabets. To me, it represents important changes, travels and personal development in all the spheres of life. I can say that the name picked me, because the style I currently produce was a big change for me, and I wanted a name that represented my goals for travel and personal development.

Could you talk us through your DJ set up, and any big gigs you have scheduled?

My DJ set up is simple. I use three Pioneer CDJ-2000 NX2 and a Pioneer or Allen & Heath mixer. But recently I started a live performance together with my friend T.Etno who is a multi-instrumentalist. He has over 300 unique instruments from different corners of the world, and when we play live together, I am using Traktor 3 and Maschine MK2 plus an X1 controller.

I recently had the pleasure to play two gigs at Tulum in Mexico, which was a lot of fun and a great experience for me. I just came back from Mykonos too, where we played together with the Sol Selectas family at Scorpios. I’m currently looking forward to my three gigs at Burning Man in the USA, and in September I’ve got a gig in Ibiza.

All the best for your gigs, and I’ll be looking out for you next few releases 🙂 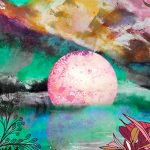 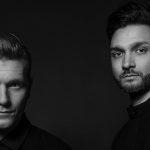