The latest release on Tash’s Movement Recordings welcomes Dousk back to the label for a brand new EP. Fueled by an evolving creative process the Greek artist has remained at the forefront of electronic music for over fifteen years. Now Dousk showcases his studio repertoire once again with his latest three track sound story ‘West of Dub’. The EP’s title cut begins the journey into deep, cavernous grooves and funk fuelled rhythms. Esoteric vocals add mightily to the narrative, forever shifting the focus as dubby tones and wonky stabs fill in the framework. A timely break brings a hint of atmosphere as anticipation builds, cleverly constructed for maximum dance floor dynamics and an even groovier finale.

Following their five year anniversary Deersky’s Soundteller Records returns with a brand new single from Subandrio and Danidu. The release concludes with Lucas Rossi also making his label debut with recent work for Nube Music and Varona Label standing out. It’s a busy week for the Argentinean artist with four remixes being released on the same day. Prolific yet incredibly consistent Lucas closes the release out taking ‘Monsoon’ into slightly deeper but still pure progressive territory. The emotion he’s pulled out of the original has blossomed into something quite special. Timeless in a way; it’s waning synths, frayed vocals and fluid rhythms come together for a feel good dance floor production. Gorgeous remix from Lucas.

Yegor Tsarkov’s Specific Music has quietly grown into one of the most reliable progressive imprints around. Now on their eighth release the label invites Robert R. Hardy back for a brand new single entitled ‘The Dawn’. Genesis Music boss Michael A goes deep and dreamy with chunky grooves, celestial soundscapes and a rough complement of synths, making for a lovely contrast along the way.

Forerunners – Vacant Deception (Rich Curtis Remix) [We Are The Underground]

We Are The Underground return this week by welcoming Forerunners back to the label for his debut single. Closing the release out is Rich Curtis who is fresh off amazing remixes for Movement Recordings and Particles. The Aussie artist continues on form with an amazing interpretation of ‘Vacant Deception’ to close the release out. The tempo comes down just a touch for a deep journey that exudes warmth and emotion. Timely drops and clever transitional shifts keep the energy and attention level at a perfect spot before a gorgeous break furthers the warm narrative. Wicked remix from Rich which rounds out a superb release from We Are The Underground.

Alex O’Rion has been a mainstay of the ICONYC roster since his debut in August of last year. Now returning for his fifth appearance the Netherlands based artist delivers another superb cut in ‘Navagio’. Deep, funky and with a lead motif that comes across just a bit cross-cultural, it’s a unique sounding creation that’s dialled nicely for the dance floor.

After a week off Stellar Fountain returns in a big way with a new single from Ape Sapiens. Making their label debut Pacco & Rudy B provide the first remix on the release. Always proficient remixers, the Croatian duo rework the foundation into a rippling, cavernous groove which gives the mix an entirely different and equally exciting feel. The main themes are chopped and processed to perfection, distinguishable yet sonically quite different while a well crafted break does wonders in setting up an emotive drop.

One Of A Kind returns this week by welcoming Luke Liberati to the label with a brand new single. The second and final interpretation comes from Nicholas Van Orton who returns to the label for his fourth appearance. Amidst much praise, the Argentinean artist and BCSA label boss recently released his ‘Radient’ single and now embarks on his third remix project for One Of A Kind. Nicholas’ groovy sound works wonders here with a well sculpted foundation, vibrant atmospherics and a pixie-like take on the melodies ultimately stealing the show.

The latest release from Making You Dance Records welcomes Vlad Jet to the label for a new single. The lone remix is provided by Nathan Clement who is also making his label debut. The US artist owns a short but tidy discography highlighted by releases on Dear Deer and Balkan Connection’s BC2 division. Nathan opens the groove up considerably on his ‘Desire’ interpretation for a more spacious feel all while utilizing the main elements in a slightly less distinct yet equally compelling manner. It’s deeper vibe sits as a perfect complement to the original and rounds the release out on a strong note.

Digital Department’s Welcome Music imprint returns this week with a new single from Sashwat. Italian artist Matteo Monero has been quiet this year but his remix here should more that grab everyone’s attention once again. The cascading vocal phrases and distinctive bass stabs really shine. Coming together in a deep, laid back framework for a production full of groove and emotion.

The latest from Julian Rodriguez’s Massive Harmony Records finds Masedonico returning to the label for a brand new single. It’s Difstate’s dreamy interpretation that closes the release out which grabs our attention. Simple but effective, it’s ethereal motifs and club friendly groove should be ideal for both deep and progressive minded dance floors alike.

Tim Robert has been busy of late. The US artist has turned in excellent singles for Balkan Connection and Clinique Records. Here he returns to Clinique for a remix of ‘Escape’ by Pavel Denisov. Tim continues to surprise with perhaps one of his most mystical sounding creations to date. Dreamy, emotive and devilishly hypnotic, it closes the release out leaving you wanting more.

The latest release on LuPS Records finds the label showcasing new interpretations of F-Act’s ‘Whirlpool’. Originally released in March of 2012 it has become not only a classic of the Swiss artist but also a highlight in the Dutch labels discography. The release concludes with Analog Effect returning to the label for their 19th appearance. The Dutch duo have been a staple of the LuPS roster since making their debut in September of 2011. Now following releases on MNL, Bullfinch and Bonzai, Analog Effect returns to LuPS in conjunction with G.A.B.Y to provide a great rendition of ‘Whirlpool’. Stylistically it sits nicely between the Loquai and Höhnflug versions with its smooth, exhilarating drive and catchy rhythms leading the way. 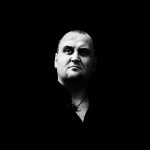 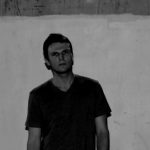