Diynamic Festival returned to Amsterdam for what could be considered as one of their most successful showcases to date.

Solomun was joined by several familar faces in Adriatique, Tale of Us and more over the weekend in Amsterdam. Perhaps one of the most well known profiles of the underground scene, Solomun, duly delivered in a spell-binding set that encapsulated thousands of fans on Saturday.

The one-day event was hosted on Saturday and was situated deep in the greenery of Amsterdam. The location was idyllic and offered the perfect piece of escapism for all who were lucky enough to bask in the warmth of the Amsterdam sun.

The sound system was palpable and really gave the perfect platform to the international DJ’s. The variance in stages, from live performances to exclusively DJ stages gave a nice balance and allowed for an outlet of change with party goers, something that is often glossed over and forgotten about at electronic music festivals.
Stand out moments from the day, other than from the big man himself, was the likes of Francesco Tristano with his live appeal, Tale of Us with their luscious melodies and of course, Mind Against with their mysterious sounds too. The party opening itself up to include guests beyond Diynamic is perhaps the best move they’ve done all year – we can’t wait to experience this show once again next year and also in Ibiza on 5th July when they return to DC-10 for a one-off special event! 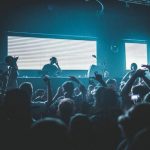 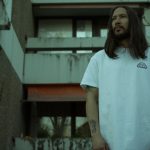