The 45th release on Cid Inc’s Replug Records welcomes Roger Martinez to the label for his debut single.

Revered by both his fans and contemporaries, the Dutch artist has found a home on some of progressive music’s top imprints. Guy J’s Lost & Found Records and Hernan Cattaneo’s Sudbeat Music have become outlets for Roger’s creative vision, where his music has flourished as a result. Now making his much anticipated debut on Replug Records Roger presents his latest studio creation ‘Pan-O-Rama’ alongside a remix from Cid Inc.

Presented over two versions, ‘Pan-O-Rama’ finds Roger at his best with an emotional and deeply engaging production. Rippling waves of bass sit at the foundation, flowing through poignant chord changes as luminous effects add an electric flair. Playful melodies bring a soulful essence, dancing above as buzzing synths initiate the main break. Ever evolving and richly textured, the centrepiece opens up for a moment of sonic bliss, foreshadowing a smooth, rhythmic conclusion that will leave lasting memories on the dance floor. Encased in a different percussive wrap, the ‘Tribal’ version affords the same boundless energy and strong rhythmic core. Clustered chimes present the lead motif in new exciting fashion, while the main break brings palpable tension, as the groove drops amidst a wave of noise and harmonic refrain. Creative and compelling work as always from Roger with two equally excellent versions suited for a variety of moments.

The lone interpretation of ‘Pan-O-Rama’ is provided by Replug label boss Cid Inc. Based in Finland, Henri Hurtig aka Cid Inc finished 2016 with a Beatport nomination for Best Progressive House artist of the year. Justly so, as the 12 month stretch found Henri back on Guy J’s Lost & Found Records and Hernan Cattaneo’s Sudbeat Music, while also returning to Replug for his first original project in over two years. The first quarter of 2017 has already seen Cid Inc travel to Australia, Bosnia, Montenegro, Russia, Serbia and Sri Lanka, with another extensive tour of South America on the horizon. Production wise however it’s been a been a quiet start to the year for Cid Inc, making his ‘Pan-O-Rama’ interpretation all the more anticipated. Coming in tougher, darker and more techno inspired it sits as a wonderful complement to Roger’s glowing original. Devilishly hypnotic, the first act builds as subtle acid lines and phasing synths enlighten the mind. With the main break commencing tension rises as electronics sizzle, before a calculated build brings a rush of beats and drums inciting a tastefully twisted finale. Another brilliant production from Cid Inc and the perfect way to round out another sensational offering from Replug Records. Don’t miss it. 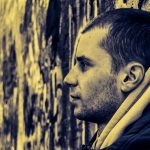 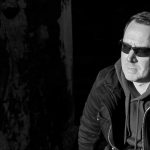