Fresh off the back of two hugely successful releases on his recently formed imprint Swoon Recordings already this summer (‘Wicked Eyes’ and ‘Is That You’), Ryan Murgatroyd now returns to Get Physical Music with a mesmerising new single titled ‘Find Me Another’, released as two different edits, both featuring Mikhaela Faye.

Get Physical’s leading South African house star Murgatroyd featured on the label’s latest ‘Words Don’t Come Easy’ compilation, as well as having remixed and produced plenty of originals including ‘Kanna’, ‘iKalimba’ and ‘Something Said’ to name a few. He is a producer with an extensive discography that spans over a decade and a DJ that always brings spiritual and musical vibes that shine bright.

Things open with ‘Find Me Another’ (Murgatroyd’s Deep Mix), a perfectly steamy and slow burning house cut with the sort of spine-tingling vocals up top that really send crowds wild. The broad synths and bass add colour and warmth and ensure this one lingers long in the memory.

Up next is ‘Find Me Another’ (Murgatroyd’s Handbag Disco Mix) which reworks things with a more cosmic edge. Here the keys rain down from above, there is magic in the chords and the whole cut glows with a glistening, upbeat groove.

Catch Ryan Murgtroyd at the 17 Years Get Physical Party at Watergate Berlin on September 28, where he’ll be joined by the likes of Blond:ish, DJ T, Djuma Soundsystem, M.A.N.D.Y. and more. Head to Resident Advisor for tickets and further info.

Ryan Murgatroyd – Find Me Another feat. Mikhaela Faye is out now via Get Physical Music. 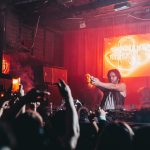 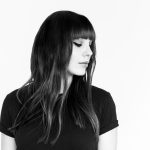