Seemingly a force amongst the scene in Calgary, SageThaCat shines bright on the next release on Moonlight Records. We managed to catch up with him ahead of the release and here what he is up to…

Hi SageThaCat, thanks for your time today.
Loving the release on Moonlight, how did your relationship with them begin?
“I saw an ad for submitting demos and I just sauced them an email, it was hard to tell if my style was going to vibe with the label but after it was accepted for a release we just kinda hit it off from there. Felt like something that was meant to be.”

How does it feel to have your tracks remixed by a legend like, Orlando Voorn?
“It’s pretty insane! Never thought I’d have the honor of someone that big remixing some of my stuff, it got me really hype for the future and what’s to come.”

Can you tell us about the scene you guys have over in Calgary?
“I’m not going to sugarcoat it, those that know me have heard my rants about how cliquey the scene out here can be. It’s starting to improve though with more people creating their own club nights and inner circles for music. Forcing the “big cats” out here to actually take notice of the underground kids doing their thing on the low. This city is mostly full of bass heads so you gotta look real hard for a legit house scene. There’s a few house shooters out here though, The team at habitat is always killing it with their bookings and is probably the only thing keeping Calgary’s house scene alive. No disrespect to all the other clubs but y’all gotta stop throwing “house nights” filled with nothing but EDC mainstage bass house. Shits wack”

What are the next steps for SageThaCat moving forward?
“Writing more music and maybe get a booking across the pond next summer. I’ve been working on trying to get out of that bedroom producer mentality and coming to the realization that this music thing could actually pop off. It’s been a long road and it’ll be an even longer journey, my plan is to just stay focused and keep moving forward.”

What kind of set up are you working with in the studio?
“It’s a pretty chill bedroom producer setup, just my laptop and some rockit speakers. I produce on FL studio. A friend was nice enough to lend me their Akai MPK keyboard so I use that whenever I can for some nautghy basslines.”

In 3 words can you describe your typical sound?
“Groovy, Esoteric, Aggressive”.

Last of all, a record that never leaves the bag?
“Oof that’s the hardest question yet! Um off the top of my head I’d say either ‘Stardust – Music Sounds Better With You’ or Otto Knows – Million Voices, that one is a special one from the ‘3-2-1 jump’ days haha.”

All the best with the release and future plans, thanks for your time. 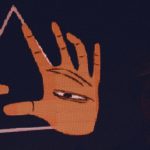 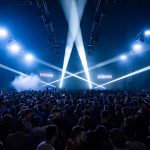