Based in Los Angeles by way of Vermont and Brooklyn, Sam Jaspersohn is one of the latest artist’s to emerge from the US Deep House scene. Releases on Manjumasi, For The People and Tenampa have been sensational with the remainder of 2018 holding even greater promise. On the cusp of a new remix for Magician On Duty we had a chance to catch up Sam about his production process, influences and why Brooklyn is such a hot spot right now.

Hi Sam, thanks for joining us today, tell us a bit about yourself, where are you living and how long have you been producing music and DJing?

Sam Jaspersohn: Hey guys! Thanks for having me. After 12 amazingly formative years of living in New York, I am now based in Los Angeles. Really loving it here and feeling more balanced than I have in a long time. Music-wise, I started learning production about 20 years ago – I had a relative who helped me build my first PC so I could run Acid Pro. I also started to learn vinyl mixing around the same time; saving up lawn-mowing/cat-sitting money until I could afford a pair of decks and basic mixer – haha!

Sam Jaspersohn: There were a number of moments that shaped my desire to perform and produce, but the absolute stand-out one was when I was studying abroad in London in 2001. That’s when I experienced Bedrock at Heaven down by Charing Cross for the first time. I would go every first Thursday to see John Digweed play along with other talent, like Sasha, POB, etc. I’d sometimes be able to drag a crew of people, but a lot of times I’d just go by myself. I never imagined then that John would take an interest in my music 15 years later. So yeah, London was it for me. I was bitten by the DJ bug very hard there! Bedrock is still a massive influence for me in every facet of my music. John is one of those guys who’s been incredibly consistent throughout his career, doing it his own way and yet evolving organically as sounds change. Still haven’t met in person, though!

How did growing up in Vermont and being surrounded by nature shape your path as an artist? Or did it at all?

Sam Jaspersohn: I grew up in a rural setting so it took a lot of effort to pursue electronic music there because there wasn’t really a community for it. That’s not to say it was devoid of culture or diversity. One of my favorite moments was playing in my hometown at the artist studio center. They’d get a really international group of painters, sculptors, poets, writers, printmakers that’d change every month. I’d befriend a guy from Vietnam, a bunch of New Yorkers, a painter from South America… and then we’d throw house parties in their basements! It gave me the opportunity as a teenager to play for 6-8 hours for my first crowds which is still a thrill for me today. The party was over when I ran out of records. I’d always end with Paul Simon’s Graceland.

You’ve also spent time in Brooklyn before settling on your current home of Los Angeles, tell us how the respective music scenes and nightlight differs.

Sam Jaspersohn: Brooklyn is THE spot right now. There is an abundance of local talent there and what seems like a gazillion parties and promoters. Venues like TBA Brooklyn or House of Yes have fought hard to exist and have won – That makes me happy. I think it’s easy for outsiders to make the assumption (like in Giuliani-era NY) that nightlife is dangerous, a drug-haven and only there for hedonism. I have met some of my best friends at these events and made beautiful connections with fellow artists. Having an accessible community is very important, especially in a day where we are increasingly cut off from one another. I would not be the person I am without all this.

Sam Jaspersohn: Los Angeles has a healthy scene, though not quite as sprawling as New York’s. We get really solid bookings and good variety, too – Absolutely something for everyone’s taste and interests. Definitely worth checking out events like BeforeAfter, Dialogue, Subtract Music and plenty of others. I’m still learning the who’s who of the scene here.

You’ve got a new remix out this week of Zoi on Magician On Duty, you worked with your sometime studio partner Saqib on it, how did you guys approach the remix?

Sam Jaspersohn: The goal with a remix is to always try and knock it out of the park and make something fresh while giving a nod to the original. For ‘Moods’ we made it a bit deeper and spacier. I think both Saqib and I bond over music that hypnotizes and soothes, but is still energetic. From a technical standpoint, it was enjoyable collaborating via the software Splice and each seeing what the other was seeing. Splice is the best way to collaborate instead of the endless ‘fun’ of swapping stems and warping them every time.

There’s a unique character in all your productions, how is that achieved?

Sam Jaspersohn: I write music the same way I paint. I throw as much information as I can onto the canvas – some of it at odds with one another and then I react to it by removing or changing what isn’t working. One half of me is the creator just writing without any cares and the other is the editor who is ruthless.

I’m a firm believer in starting out with chords and melody first and writing around that. It’ll dictate the rest of the track’s elements. I used to do the opposite and would find myself getting stuck with a boring drum loop. At the end of the day, I like tracks that hypnotize me, so I do try and give them a meditative, thoughtful feel by combining soothing elements, but with a sense of urgency, too. We could do a whole interview just about this honestly!

How much of an influence is music outside the electronic world on your own productions?

Sam Jaspersohn: I listen to music in bed when I wake up, when I’m walking our dog, in the car, in the studio… A lot! It’s also good to listen to things I don’t fully enjoy, such as pop music. Pop may oftentimes sound very formulaic and overt, but there’s skill in that type of writing that is worth analyzing. It’ll end up informing what I do in the end somehow. So, thanks Tay-Tay… 😉

Tell us a bit about your studio, what are some of your go to pieces of gear or software?

Sam Jaspersohn: My studio setup is very streamlined and simple. I just want to get my ideas down as quickly as possible. I run Ableton, my UAD sound card, midi keyboard and a couple pairs of monitors. Proof that you don’t need anything more than your brain and a DAW. Recently I’ve been using Reaktor’s synth emulators (like the Juno), the whole Arturia suite and then my own custom chains I make in Ableton. When I started out I used an old Roland keyboard, turntables for sampling and a Korg drum machine, but now I work more effectively when I can tune out all distractions, including knob twiddling. If I could plug my brain in I would.

Who are some up and coming US artists to look out for?

Sam Jaspersohn: Me. Next question! Um, there’s a lot. Off the top of my head, my friend and collaborator Saqib is well on his way to great things. He definitely has a ‘sound’ and unique story. We’ll be working together a lot more in the future as it’s a good fit in the studio. Chris Lind comes from the other side of the musical spectrum, more indie/pop. He’s a singer/songwriter I’ve recorded and will be collaborating with on an EP later this year. Two live acts to keep an eye on would be For The People’s Lost Boy and also Cityfox’s Justin Marchacos. Also Toronto’s Zoi (CA) and Hauy.

Labels to watch are ones near and dear to my heart. Manjumasi, For The People, Magician on Duty plus the launch of a new one later this year. More on that later…

Sam Jaspersohn: Production-Wise, I’m currently wrapping up a remix of Pysh for the Berlin-based label Monog Records and writing a boat-load of new originals. I have a few collaborations going on now, but the main focus is finishing an EP with Hands Free. We met randomly at Brooklyn Mirage and I did a back flip when I realized I was talking to the guy behind tracks like ‘Tranquilizer’.

By far the best news came last week: the music collective ebb + flow asked me to join their ranks. After a few celebratory jogs around the studio I said YES! I will be playing dates in LA, NY and potentially Europe.

Thanks for your time guys!
– Sam

Sam has new music out now on Magician On Duty, you can purchase the release: here 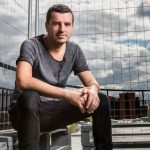 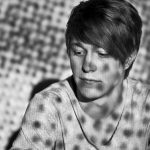