Over 63,000 visitors from more than 40 countries went through the festival gates from August 30th to September 1st during this year’s Sea Dance Festival. Spectacular as those figures are, you never feel lost here It is s festival with so many stages and so much going on that there is always a cosy gathering to get involved with.

The production is the first thing to blow your mind – huge pyrotechnics, visuals, streamers, confetti and more explode throughout the event to add to the spectacular nature of it all. The setting, too, is magical -right by the sea and with hot sun beating down as your sheltered on one side by rocky hills that are dramatic in themselves.

Saturday goes by in a daze for us, and after some fun in the silent disco we enjoy some big room vibes from Oak Brothers and DJ Wooxa on the Living Culture stage. Throughout the weekend The Main Stage was of course a scene of plenty of action from techno legends like Sven Vath and Richie Hawtin who go party then dark and abstract respectively to adoring fans.

On the Sunday, a standout set for us comes from Recondite who plays live at 2am. His one hour set is a masterclass in deep and atmospheric techno that gets the crowd into a mesmeric state and ready for more. Proximus follows and keeps the mood heady and involving, then Tijana T plays to her home crowd with real energy and freshness.

Of course, one of the main draws is David Guetta, the famous Frenchman who can whip up a storm even when playing to the largest of crowds. He does just that here with a finale fit for such a big event. His maximal sounds twist and turn, drop over and over and offer glistening hands in the air synths that send everyone wild. It is a fitting end to a fantastic event. 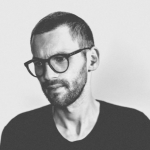 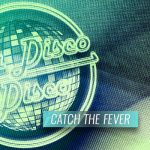