Russian brothers Sasha and Sergey Lipsky return to Disco Halal for the third time under their famed Simple Symmetry project. Following off the back of Auntie Flo’s ‘Kabsa’, the duo’s ‘Gilgamesh’ EP is the fourth release for the label this year and continues to build upon Disco Halal’s successful trajectory.

The ‘Gilgamesh’ EP draws inspiration from the epic novel of the same name, the oldest story known to man. Leading with the title track, Simple Symmetry teams up with Mexican producer Inigo Vontier for a signature Shamanic chugger whilst one of their solo efforts ‘Fight’ is a string-heavy, psychedelic soundscape. Named after Gilgamesh’s faithful sidekick, ‘Enkidu’ continues this kaleidoscopic theme with Krautrock influences with Adam Port’s ‘Tulum By Night’ contrasting edit turns the record into a big room melody. The edit has already been heavily supported by Moscoman, Keinemusik, Âme and Dixon.

Based in Berlin, but firmly rooted in the diverse and forward-facing musical scene of Tel Aviv, Moscoman’s Disco Halal label hails from beneath the minarets of the Holy Land. The imprint exists to present a tight-knit and growing community of musicians and producers, each transmitting their unique musical identity, yet each united by a unique sensibility, as well as a harmonious balance of rhythm and experimentation.

Encompassing elements of downtempo, new-wave and alternative pop, stitched together with a leftfield dancefloor throb, Disco Halal’s back-catalogue, filled with efforts from the likes of Simple Symmetry, The Organism and Moscoman himself, has seen the imprint rapidly emerging from the once-overlooked nightlife and club scene of Tel Aviv into the worldwide spectrum. 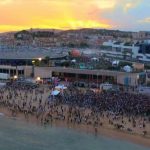 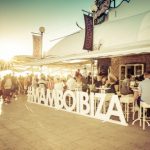