The Glaswegian duo of Stuart McMillan & Orde Meikle have never been ones to sit back and follow the rules, instead, they have continually shaped the electronic music landscape around them and consistently broke the restraints of the considered norm. This latest project has the pairing on a more reflective and personal journey – a true masterclass in what an electronic album should aspire to be – and sees them pursue the edges of leftfield electronica, ambient, dub & experimental soundscapes.

“This album is quite personal for me as I’ve had a challenging year in more ways than one, so this has been a very cathartic and emotive process for me”, McMillan says.

Slam drift away from their typical techno realms and instead offer 61 continuous minutes of 101 BPM “leftfield electronica, ambient, dub and experimental” cuts. “It’s also an escape from purely listening to Techno and being involved in producing Techno mainly for the dance floor for the most. Most people maybe only see and hear that side of Slam, but as with most people, there are many sides.” 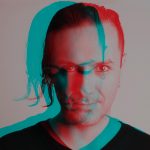 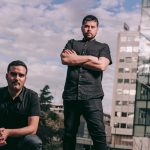