In a special new artist focus, we caught up with rising Australian based producer Somersault to found out what’s fuelling his quality output

Tell us where are you’re based and you first get hooked on dance music?

I’m based in Melbourne, Australia. I’ve been here for almost a year. I’m originally from Sydney.

I first got completely hooked on dance music when there was a lot of buzz around Daft Punk touring Australia in 2007. I was 18 at the time and everyone had outgrown their awkward emo phases and were into electro house. Sydney had a wild, thriving club scene which was really exciting to be involved in. This was all before the lockout laws came into place and crushed the city’s nightlife a few years later.

I was in my first year of a music performance degree at university when some of my ‘dumb electro’ friends were talking about seeing daft punk live pretty much non-stop. We mainly listened to Daft Punk’s Discovery (with occasional Justice, Digitalism, Deadmau5, Busy P and The Presets tangents) when we hung out so I ended up loving that whole album.

I was getting into learning how to use Reason 3.0 to produce at the time so my first few attempts at production were all pretty terrible, abrasive electro house tracks. I like to think I’ve come a long way since then.

I love the whole groovy, dubby minimal house sound that’s coming out of the UK at the moment. I’ve been following James Dexter and his label Inermu pretty closely, as well as Archie Hamilton, Burnski, Seb Zito etc.

I also really dig the deep and arty DnB that’s coming out of the UK. Djrum has been a big influence on me for a long time but his latest album, Portraits With Firewood absolutely floored me. I find his music incredibly rich and completely nourishing for the soul. I also listen to Synkro all the time. I often find myself wishing I could make music as restrained as his.

Jazzuelle’s album on Get Physical regularly gets a rinse while I’m cooking or doing things around the house. He’s another producer that is able to write really engaging, deep, soulful music which connects to the heart.

I’ve also been getting into a lot of different techno lately. I’ve been loving and really analysing tracks from Markus Suckut, Tiefschwarz and Sudo lately as well.

Jon Hopkins’ Singularity is a stunning piece of work and sets a very high benchmark for the rest of us producers. If only I could make ONE track as rich, complex-yet-simple, emotive, focussed and unpredictable as one of his.

I draw a lot of inspiration from my talented friends and all the music they release. Retza, Doppel, John Baptiste, Eeemus and TAYA are all doing amazing things. Keep an ear out for them.

I often find it hard to succinctly describe my music. I try and fuse the rhythms from minimal, the euphoria of prog and the momentum of techno with some deep house basslines, warm jazzy chords and samples from all over the place.

My style seems to change from release to release. I go through so many different little stylistic phases which are really dependent on what I’m listening to. I’m always hoping that no matter what I’m producing people will be able to hear that it’s me.

So far I’ve released music on Australian labels Subsonic, Open Records, Bassic, Upon Access, Ugenius and Unknown Records. After Kraken is released on Bassic I’ve got a house-y EP on Ukrainian label Whoyostro. This will be my first European release which is exciting.

Every track of mine sums up how I was feeling in a certain stage of my life. My greatest hope is that audiences find something themselves to connect with in my music. I get way more pleasure out of someone telling me a track of mine means something to them rather than them telling me that they think my music is banging.

I’m often not conscious of my overall emotional state when I’m making music so a lot of the process is just me having fun and experimenting. It’s when I’ve had some space from a project that I’m able to see the bigger picture and attribute some meaning to the track.

My set at Subsonic Music Festival last year was a massive highlight for me. I was blown away to see so many people absolutely going for it to my music just two hours into the festival starting. It was my third time playing the festival and every time has been a blast.

To be honest though, I get just as much of a buzz out of hearing that my friends have been playing my music and that it’s made people smile.

My latest release is Kraken which is out Jan 14 on Bassic Records. The track is a bit of a colourful journey into tech-ier territory than usual for me. Ever since I started listening to electronic music I’ve been drawn to sounds that take the listener underwater. I hope that some people have that feeling when they listen to Kraken.

The EP features two massive remixes by Australian powerhouse producers John Baptiste and TAYA. John’s is a proper, driving techno beast while TAYA’s is a big outdoors-y prog house journey. So far the release has had support from Matan Caspi, Cid Inc, Tripswitch and Soulbutton.

I like to use three CDJ2000s and a Xone 92 mixer. I load up the third deck with a bunch of loops and vocals that I’ve taken out of my tracks. This allows me to bring in elements without playing entire tracks.

Performing live has certainly been on my mind since starting this project. Before Somersault I was doing a live electronica/hip hop/pop kind of thing with a talented singer called Tace McNamara who now makes music as It Bends. We did a live Ableton set which I enjoyed putting together but ultimately ended up not enjoying performing. I found the way that we did it far too limiting for any form of spontaneous expression.

If I were to perform live now it would need to be largely improvised and not be made up of my released tracks. To be able to do this I’ll need to invest in some more equipment and practice my ass off. I studied jazz guitar at university so the appeal of improvised live sets is definitely there.

I think it might be some time before the Somersault chaotic live set comes to fruition as I still find DJ’ing really exciting and am always finding new challenges for my performances.

A goal of mine for the last year or so has been to release an EP on a notable European label so I’m really thrilled about getting music on Whoyostro. This 4 track EP really pushes my vibey house sound that I’ve been working on over the past 6 months. It will be out March 8.

Other than that I’ve got a stack of new tunes which are almost done. I’ll have news about some more exciting releases with some new labels in the coming months.

Can you share your top 5 tracks, so our readers can get a better feel for what you’re playing?

Thanks so much for reading. Hope to see you on a dancefloor somewhere. 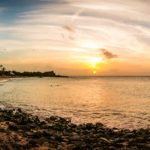 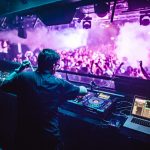