First out of the blocks we have Luv Machines’s debut for Sub_Urban, the indie-dance groove ‘Shadows’. I like the layers of sweet melodies that the track builds up, but it’s overall effect was ruined somewhat by the rather toneless female vocal sample that’s looped throughout the track – a bit of a miss for me, sadly.

Much more to my liking is Lomez’s eighties-inspired ‘Hippodrome’, with its retro percussion, and insanely catchy bassline and electro-pop hook. This isn’t the kind of record I’d ever play, but it’s good fun and the musical ideas are definitely strong enough to carry it.

I’ve been a big supporter of Wiki and Oneplus’s previous outings on Sub_Urban, and ‘Home’ sees them team up once again with regular collaborator Guri, as well as vocalist Eider (who previously appeared on a couple of Guri’s tracks for the label). The result is a richly musical slice of orchestral, vocal house, with a rolling bassline, busy pianos, and lovely sweeping strings working perfectly with Eider’s soulful vocals.

Finally, Christian Lamper’s ‘Dog Chort’ is great slice of deep, driving tech-house, powered by layers of stabs, a meaty bassline, and machine-gun handclaps. This one’s been a favourite of none other than John Digweed, and it’s not difficult to see why it appeals to him.

Some real goodies on this very nice package from Sub_Urban, with ‘Home’ providing the clear highlight for me. 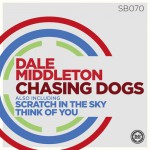 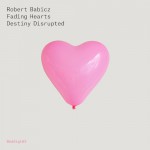