Spektre have making some big moves in the industry since we last caught up with them and are currently celebrating another stellar release on Anna V’s Voltage Records!

Hi guys, tell us about your latest release on VOLTAGE plus the inspiration behind it.

Rich: We wanted to make something that was both tough but also emotive and melodic. I seem to remember this one came together quite naturally, which is always good.

Paul: Yeah, as Rich says, we wanted to have that contrast between the atmospheric, melodic parts and a hefty bottom end groove. The main synth motif was the result of experimenting with a new plugin (U-He RePro 1 for the studio geeks), then we wrote the rest of the track around that.

There are two great and quite different remixes on that record, would you pick one of them?

Paul: They’re both great remixes, but we’ve been playing Thomas’ a lot in our sets. Really adds that extra bit of freneticism and madness to the original!

Rich: We are both huge fans of Thomas Schumacher so it was an honour to have himself and the ever talented D-Deck on the remix. Both mixes really add another dimension to the whole release. We are super happy with the results and also proud to be part of the Voltage family.

Let’s talk about your label, Respekt. What are your plans and targets for its future?

Paul: The label has always been about growing our own brand and family of artists. It’s great to see the label doing so well recently. We are now on our 162nd release and have some great momentum in the charts.

Rich: Yeah we are really pushing the label now with some extra press and promotion. We have great traction and the releases in the schedule are really strong. We have some awesome releases coming over the next few months including Tom Laws, Gary Burrows, Skober, Yan Oxygen, Joyhauser, Stiv Hey, Dhes, Loco and Jam and Vinicius Honorius. I believe over the last twelve months we are now the 26th best selling techno label on Beatport which is an amazing achievement for us.

Rich: We have some big plans for next year and beyond. Keep your eyes peeled on our socials!

You recently released a single on Drumcode’s A-Sides, which massive! Was that release a game changer for you?

Paul: It was great to release with Drumcode, for sure; Nasqueron (on Drumcode) and Another Life (on Kraftek) definitely marked the start of an uptick in the Spektre project.

Rich: Definitely a game-changer for us. Something we had been working hard towards for around 10 years, and it came at the perfect time when we had great momentum with our music and releases – hopefully something we can build on in the future.

What are your views on the current state of the techno scene today. There’s a lot of talk about it being over saturated. Would you agree with that?

Paul: There’s certainly a lot of music out there, but there’s also a huge variation, which is great. Techno is such a broad genre though, that I think it can take a lot before being “saturated”.

Rich: I would say rather than being over-saturated the labels and producers are releasing too much music and too fast. It’s a shame to see releases become old after such a short space of time. It can make some of the music very disposable. Some labels are not even spending any time promoting their releases anymore. The onus seems to be on the artist more these days. I think this is a reflection on the access to the technology to make music as well as better tutorials and schools that are teaching the new generation. More music can only be a good thing, but it also means you have more crap to go through to get to the gold! Haha.

“Techno is turning from an underground genre into a mainstream trend” – your views?

Paul: Probably a fair statement to be honest; Once a genre can support whole festivals attracting tens of thousands of people each, it can’t really claim to be underground any more. It’s not something that we really worry about though; we always have and always will make the music we want to, and if that reaches a bigger audience then great. The whole attitude of trying too hard to be “cool” or “underground” has never really been our thing.

Rich: I think there will always be some forms of techno that will remain underground. Obviously extra exposure and wider audiences can mean a particular genre can become more crossover, but I wouldn’t necessarily say mainstream. Techno is about experimenting with new technology, so for me this will never be mainstream as long as there are artists who dare to innovate.

What is your favourite Spektre track?

Paul: Hard to say, but I’ve always had a soft spot for an old one called “Jade” – not one of our most well-known, but really chuffed with that riff!

Rich: Mine would have to be our recent release ‘Carnival of Souls’ which was a record that we both believed in despite getting knocked back by a few labels. We ended up releasing it on Respekt and the response we had was overwhelming. Also our biggest seller so far this year! Goes to show that getting refused by some labels can often lead to something really positive. We are just lucky we have an outlet of our own for our music.

How’s the chemistry between you two in the studio?

Paul: Tracks usually start either from an idea one or the other of us has had, or just from a discussion before we start about what influences we want to incorporate, then we get in the studio together and get to work. We both have a pretty definite idea of what we like and what we don’t, so we disagree sometimes, but always get there after a few revisions and versions.

Rich: The chemistry in the studio has been obvious from the start of the project. Both myself and Paul have similar musical backgrounds and entrances into electronic music so we get inspired by lots of the same music and production techniques. We’ve been going strong for thirteen years now and one thing I can tell you is, we are never short of ideas!

Paul: We actually have an almost completely in-the-box setup, so would have to say either our Dynaudio LYD monitors, or Ableton Push.

Rich: I do love using my TR8 drum machine but generally use this on my other project. Apart from that as Paul mentioned we are all software based.

Rich: It’s impossible to ignore somebody like Enrico Sanguiliano, his productions are next level. However I’m also loving a lot of the fresh talent coming through like Avision, SAMA, Weska and Hush and Sleep.

Paul: +1 for Enrico, Definitely one of the most technically adept artists of the present era. Stephan Bodzin is another favourite we have been fans of since his days as a trance producer a couple of decades ago; His ability to constantly reinvent his sound, whilst still keeping a distinctive and recognisable aural identity is really inspirational.

And about you as an artist duo? What should we expect from Spektre in the future?

Paul: We’re always busy in the studio every week, so we have a packed schedule coming up, with another 2-tracker on Kraftek next month, and a new EP on our own label, Respekt, in the New Year with some absolutely killer remixes. 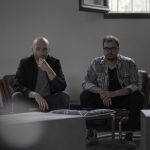 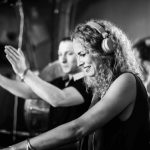