Stretch & Vern are two DJ producers with a colourful career. First coming to prominence in the hedonistic 90’s – a time of clubbing excess, superstar DJs and when Dance music crossed over to the mainstream. Their hit ‘I’m Alive’ set clubs alight with its disco meets hip hop club sound, heavily sampling Earth Wind and Fire’s ‘Boogie Wonderland’, selling over 1 million physical copies. Fatboy Slim, Chemical Brothers, Pete Tong and Carl Cox were big fans (they even DJed at Fatboy Slims now legendary wedding). It went to #6 in the national charts and #1 in the USA Billboard charts. Here we catch up with them to see how life has progressed…

It’s been a while – what are you guys doing now and how did life change since you released ‘I’m Alive’ back in 1996?

We are both still involved in dance music at DJ and production levels as we have been since the early 90’s. Over the years, Stretch has done other projects such as Colour Sound & Sucker DJ’s and Vern is part of Reflekt and runs the labels Nude Disco & Comfort Food Records.

Life changed massively for us when ‘I’m Alive’ was released. Up until that point, we were both selling vintage Levis on the Kings Road, London. Two plays on the Essential Selection and we were signed to FFRR and on tour! Weeks occupied with remixing everyone from Pulp to the Spice Girls and weekends touring the globe. Good times.

The 90’s was a hedonistic decade, very different to the health conscious 00’s and Teens – You must have attended some wild parties over the years, what are some of your craziest stories?

Nothing really compares to the infamous Manumission parties in Ibiza around the mid to late 90’s. As a DJ you were flown out to DJ at the actual Manumission night at Privilege but this was only half the story. After Privilege we would kick on to Space where we were fortunate enough to DJ the Terrace with Alfredo, ending up at Bora Bora on the beach. But even then, DJ’s and friends of Manumission would end up back at the ‘Manumission Motel’ where the party carried on for days. Great friends were made and incredible times were had. No social media, no selfies just party people and great music.

Of course we have to ask the question how does the nightlife back in the 90s compare to the nightlife now? What do you feel is different? The 90’s nightlife was pretty full on.

In the UK alone, every town seemed to be putting on a house night. Some weekends would see us booked up for 5-6 + gigs, the quality of some, was dubious to say the least. But the growth of the big brands such as MOS, Cream and Gatecrasher led to some legendary gigs and nights out and set the tone for clubbing to come. Music wise, I don’t think people were that divided when it came to dance genres. On a night out you could hear, house, trance, progressive (in the original sense of the word) and everyone was jumping around appreciating quality music. Now I think clubs focus their nights musically to a certain kind of fan and a certain type of music. I think the 90’s were about good music regardless of who and where you were. One of the things that has had a massive impact on clubbing and dance music in general is the smart phone. 80’s and 90’s clubbing was about being in the know, getting into the right clubs. Knowing where events were taking place, making sure you were on the list or at least able to buy tickets. Once at the event, you embraced it with your friends and kept it all locked in your memory. You had to be there to experience it, simple as that. Now you can see a live broadcast from anywhere on the planet, bullshit people you are a DJ/producer with your online presence. The 90’s weren’t fake. You were either part of the scene or you weren’t. No in-betweens.

Who are you listening to at the moment? Any current artists you’re a fan of? Who should we look out for?

We have a massive appreciation of electronic music right across the board. But our house music roots lie in the early 90’s New York scene and the labels that drove the music into the nightclubs. Masters at Work, Todd Terry, Kerry Chandler on labels such as Emotive, Strictly Rhythm and Kings Street Records through to the Murk boys from Miami. That said, Stretch has always been a staunch Sasha & Digweed fan and Vern has a penchant for anything early 80’s made with a drum machine and sequencer.

London Records has just released a remix pack of ‘I’m Alive’. How did this come about? Tell me about the new remixes and how they have reworked your classic. Who has been supporting the remixes?

The old London Records catalogue has been sitting on a shelf gathering dust for the last twenty years or so with so many iconic 90’s club tracks lying dormant. A couple of years ago they acquired this catalogue and systematically went through it to see what tracks to remix and re package. ‘I’m Alive’ was plucked out to head the charge and after receiving an email inviting us up to their new offices they told us about the plan to release ‘I’m Alive’ with new mixes. Obviously, we were stoked to hear this, and the team at London were so enthusiastic. They knew more about Stretch & Vern than we did. Remixes were chosen to represent what is going on in clubland at the moment; Ilyus & Barrientos, Waxworx and something more niche; Prins Thomas. From experience, we know that remixing a classic is a tall order but the guys did a great job. The DJ support has been immense; Purple Disco Machine, Disclosure, The Black Madonna, Tensnake Alex Metric, Morillo the list goes on and on. Radio has been strong too with Tong, Mista Jam, Danny Howard and all the Kiss FM guys playing it.

Tell me what it was like when you first released the track, how did it change your lives / careers? Who was playing it back in the day? Do you still play it in your sets?

We used to work next door to each other in Floral Street, Covent Garden and had become good clubbing friends way before we started producing together.

I had been running Spot On Records and had a studio in W10 which myself and Stretch started working in for our early productions. After a year or so we made ‘I’m Alive’. All in all, it was a days work. Test pressings sent to Pete Tong two weeks later and after two Radio 1 plays, we were signed to London Recs/FFRR. Things took off almost immediately, clubland and radio went mad for the record with early bootleg copies of the hard to find original pressing going for £100+. Gigs poured in and we quit our daytime jobs and started DJ’ing full time. We remixed everyone from the pop world; Spice Girls and Robbie Williams through to cooler underground acts and indie pop such as Pulp and Dub Pistols. The original release had incredible DJ support with a lot of spins from the fledgling Big Beat scene jumping on board, but ultimately, I think it was a punters record. Radio was all over it from daytime through to specialist. That said I noticed Patrick Topping played it at DC10 last year so you always have nu breed DJ’s diving back into the past to play the classics to a new audience.

We have always played ‘I’m Alive’ in one form or another at our own gigs. As we have access to all the parts it has been easy to lay the rap over other tracks to keep things fresh.

What was the concept behind the music video for ‘I’m Alive’? What was the experience like filming it? what do you remember?

The video was rushed through. We had the treatments explained to us but we never really took it seriously as videos for dance records that looked like they were going to hit the charts, especially ones that were sample based, they were a relatively new thing. The story is meant to be an underground gambling den betting on whether this guy can run on water and not sink. Would definitely be one of the things we would take more control of if the same situation presented itself.

The music industry has changed a lot since ‘I’m Alive’ was released, from the way music is produced to how it’s distributed. What do you see as the positives and negatives?

Coming from a DJ perspective, the biggest change has to be the death of the record shop. Despite making a resurgence it is nothing like the 90’s when vinyl ruled clubland. Pilgrimages to your favourite record shop were at the heart of every DJ’s set. Developing relationships with the shop owners, knowing what day certain imports arrived etc and investing proper money in your music kept the quality high. Also, when something was sold out, it was gone until the repress arrived maybe 2 weeks later. To miss a trip to your record shop was a disaster!

Today we have great music and everyone has access to it now. I like that there are still vinyl only releases, keeps the value of the music and the shelf life alive longer. Digitisation has democratised the whole music making and distribution side of things, which on one hand is great as you do not need a big budget to set yourself up, on the downside the market is flooded with average product by opportunist producers who see releasing a record as a conduit to some jet set DJ lifestyle.

Finally, what do you have coming up?

After ‘I’m Alive’ London Records are releasing our second single ‘Get Up! Go Insane!’ with some superb new mixes that are already done and mastered. After that, we have another single ready to go so watch this space… 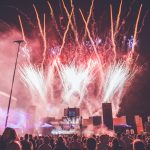 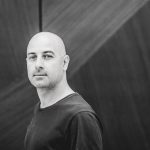