TANTSUI is an electronic live project from Moscow and core artist of the NOPASSPORT label, also having released on Kindisch, Get Physical and Crosstown Rebels. The Russian artist sits down with us to discuss the story behind his latest album and his musical direction.

1. Hi Tantsui! Thanks for speaking to us today. How’s your year been so far?

Hi! I spent this year working on my debut album so it has been a very productive year… and it is not over yet as I am already working on new tracks!

2. You first jumped on our radar after releases on Kindisch and Get Physical. How was it working with these labels?

Yes, it has been great and we’re continuing to work together having just released “Town” on Kindisch “steps XI”

3. You’ve just released your debut album, ‘Unbound’ . What was the vision and emotion behind it and what’s the story behind your affiliation with the NO PASSPORT label?

In 2014 Tantsui joined the Nopassport label and released “No Mercy” which marked the beginning  of a great partnership and friendship. The word “Unbound “ for me sums up the emotions that penetrate the tracks, a sense of rebirth and new found freedom with a touch of sadness that always comes with new beginnings.

4. You also have a track coming out on Crosstown Rebels later this year. Can you tell us more about that?

‘Child of the fire’ was originally supposed to be included in the album, but Damian Lazarus heard it and offered to release it on Crosstown which of course was amazing. Its coming out 23 November!

5. There’s increasingly more Russian producers in the limelight at the moment – would you agree? How do you view your local scene in Moscow? How does it compare to how it was several years ago?

In the past five years electronic music has become increasingly more popular in Russia, many great Festivals and events around, but it terms of music production nothing new has really surfaced.

6. Are there any producers from Moscow (or Russia) you’d like to shout about as purveyors of the scene? Or are there any that are under the radar who you feel deserve more global recognition?

I would like to highlight Alampa and Monoplay as my label colleagues.

7. You continue to play your live sets around Russia and Europe. What is it you love about playing live and how have your performances developed over the years?

I come from a background of live performances of different types of music, having played guitar and drums in multiple bands. So to me the live format comes naturally and for me nothing can deliver music as honestly and directly.

At the moment I am working on a new live format, including more live instruments and musicians, which will be more stage orientated.

8. When you’re not on the road touring or in the studio making music how do you spend your time?

Mostly I produce from home. I like to spend my time with my family.

9. And finally what have you got in store musically for the coming months? Any key releases, gigs or projects you’d like to share?

I will present my album on ADE in Amsterdam later this month, at the Ibiza Sonica Showcase. Actually I have a few new tracks which I am very excited about that so you will have to wait and see! 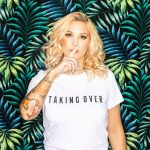 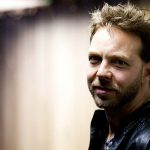