Today, Teksupport announced a day into night event to be held July 7th, this event features Len Faki, Berlin’s own leading techno artist. Being one of the biggest techno acts, Len Faki has over a decade under his belt of releasing paramount records such ‘Berghain 03’ Mix CD and performing for loyal techno followers around the world. The Berghain experience being his home with a residency since 2004 that kicked off his career.

Landing mid-summer Len will be in NYC for this open-air event. Supporting Len will be Afterlife and Life and Death mainstay VAAL, as well as New York’s Phil Moffa and Cry Baby. Being one of NYC’s most sought after underground electronic music scenes, Teksupport is offering an unforgettable journey day into night. After years of dedication, Teksupport has created spaces with supreme production and the hosting of elite DJ’s such as Seth Troxler, Loco Dice, Black Coffee , Jamie Jones and many others. 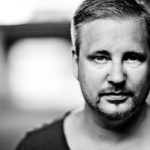 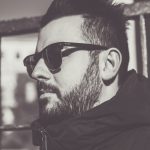