Terminal V are bringing the largest and spookiest Halloween party Scotland has ever seen to the Royal Highland Centre in Edinburgh on Saturday October 27th. As well as next level production, it promises a tasteful mix of international headliners for the all day extravaganza including the superstar likes of Sam Paganini, Call Super, Prosumer, Or:La, George FitzGerald, Optimo, The Black Madonna, Len Faki, Moodymann, Eats Everything, Robert Hood and many others to make this a party to remember.

Terminal V are changing the game in Scotland. Already this year they have thrown their huge spring techno festival but this Halloween party will raise the bar once again with fully themed production across multiple rooms and three stages that will all offer up different moods and grooves with haunting atmospheres throughout. It will be a real spooktacular with production like you have never seen before and a tasteful soundtrack from the day’s most exciting and innovative artists.

The line-up is an on point selection of superstars including the Sam Paganini, who will be playing in Edinburgh for the first time ever having only played Glasgow once before. The Italian is a real techno tastemaker who releases his arresting sounds on essential labels like Cocoon and Drumcode. As well as this, there is the Domino Records signed Man Make Music boss and sophisticated bass house master, George FitzGerald, who is one of the most exciting acts of the day.

But that’s not all, because the global party starter that is American sensation The Black Madonna brings her colourful mix of house, disco and techno as well as real energy, and Berghain’s Len Faki will be on hand to serve up a spread of dark and involving techno. Next, the legendary Moodymann is one of Detroit’s most vital and enigmatic figures who mixes up steamy house and emotional disco, funk and soul, while Eats Everything is a bass lover who knows how to detonate and dance floor with his huge selections. Another Detroit pioneer in the form of M Plant boss and minimal techno innovator Robert Hood also lines up, as does Liverpool’s hotly tipped breakthrough sensation Or:La who has impressed with her unique selections.

Then there is legendary Scottish pair Optimo who are utterly unpredictable in what they serve up, whether it’s Afro, techno, acid, EBM, or something in between, plus spellbinding Berlin based Brit DJ Call Super, who mixes up techno, breakbeat, electro and IDM into intricate soundtracks like no other, and former Panorama Bar resident turned Edinburgh native and house and disco specialist Prosumer who plays with a sense of pure love and joy. As such all musical bases are covered in some style with only the most talented DJs on show.

There will be another announcement of headliners and local residents in August that will ensure this festival becomes an absolutely essential date in the diary of any and all house and techno lovers. 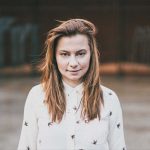 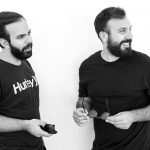