With a 20 year career in progressive house and trance, Berlin based artist Torsten Fassbender talks to us about his solo project Kymatik and the future of Wellenrausch.

Hi Torsten, thanks for joining us today, tell us a bit about yourself, how old are you, where are you living and how long have you been producing music and Djing?

Kymatik: Hi Mitch, such a pleasure to talk with you. I was born in 1970, so i leave the mathematics to you haha. Right now i life in Berlin. I´be doing music since the early 90ies, right from the start i was more into playing live, so i wouldn’t call myself a DJ, more a performer.

Kymatik: When i was very young i was so mad about computer technology, i started with a Sinclair Spectrum and when little time later the Commodore C64 became available, i first of all was impressed by the chip tunes all those famous computer musicians made, like Rob Hubbard, Martin Galway, Maniacs of Noise etc. So the music love started a little bit different as today’s artists I guess. My parents supported my love about learning music, so they sent me to piano/guitar lessons and let my talent grow. I´m very thankful about that, as melodic content of a track is so important for me. Same time as experiencing computer music, I became a big fan of the usual suspects, like Depeche Mode, Kraftwerk, Jean Michel Jarre. But it felt so unreachable to make similar music. This was kinda music from another universe, so I spent more time with doing music for Scene Demos (later on Amiga) and also computer games. In the 90ies midi equipment became affordable, this was the moment where i started to learn doing the real deal. I learned lot in that time, even to keep on working when struggling. This helps me till today.

How has the German scene changed over the last 20 years?

Kymatik: I guess worldwide there was a big change, not only in Germany. In the 90’s Germans were famous about inventing and creating new kind of music, but over the time the whole world became one. Lots people are complaining these days about EDM, but there was always a commercial scene, something you can hate or love. And there was always underground, and there will be always an underground. I found my love of music in deep stuff, not for the masses, and I’m happy to see people smiling happy when I play my music. This is my road.

Was your first production alias Wellenrausch? or were you producing under something else before?

Kymatik: Wellenrausch I started in 2000, so yes I had more project names before. I released lots on a label from Stuttgart between 1994 – 1997, mostly Trance and House. It’s pretty amazing if you look for my discogs site, people tagged me with all those old tracks. 🙂

Wellenrausch grew pretty quickly in the early 2000’s but it was ‘Carry On’ that really brought the most attention correct? Tell us about that.

Kymatik: “Carry On” was a big success yes, because it was a featured track on Paul van Dyk’s Album “The Politics of Dancing Vol2”. The strange part is, it was never released on a label, “just” on the compilation. Since 2009 Wellenrausch is kind of a band, i work together with Markus Geisberger, he is the voice and the other 50% of it. Way more attention we got with our first album “Personal Epos” though, with tracks like “Shape of Berlin” or “Sanctified”. The result was that we got a hashtag on twitter about our sound, #darklords …so cool! We did progressive trance, but with a darker deeper feel.

Paul van Dyk was one of electronic music’s biggest stars at that point, how important was that moment in terms of inspiration as well as being validated as an artist?

Kymatik: Support by famous artists is always motivation, as people are able to experience your music very easy in clubs or festivals. When PvD played my tracks from the early days, I was sitting home, recording the broadcasts in radio with a tape and felt very good and proud.

So after 15 years of Wellenrausch  tell us how Kymatik came to be?

Kymatik: Wellenrausch will always be bound to music with Markus as his voice is part of every track. Personally I love lot of music styles, and I want to express myself to show more of my colors, and want to paint more pictures with those. I get often the question: Is Markus fine with this, yes he is. I have lot of output music wise, and the stuff i do for Kymatik would not fit to Wellenrausch and vice versa.

In terms of sound how does it differ from Wellenrausch? and will there be more Wellenrausch projects?

Kymatik: Kymatik is more groovy, repetitive and deep, right now I work on a Kymatik Album, which I will release next year. And now an important information to our Wellenrausch fans, yes there will lot new tracks, a colab with Gai Barone is coming very soon on Afterglow Records. Also our third album will be released next year. Lots stuff to do.

You have a new single out this week on MNL It’s another exceptional track, walk us through the production process of the lead track.

Kymatik: Thank you for your words about this release, I’m very proud about it. I had the idea of the track already last year, when the situation in Syria and all the refugees touched my heart. In the 90s I produced Turkish music with a friend, so I was always bound to oriental Arabic music. I love those intonation changes in their music, and if you every hear someone on a violin playing those scales, you will be touched for sure. Very emotional.

How did this particular EP end up on MNL? Is it a label you had in mind for it from the beginning?

Kymatik: Manual did so great releases already, yes it was so cool when they told me they want to release it. Big fan of Paul Hazendonk’s works. I can recommend everyone to check their soundcloud page, so many great free downloads of bootlegs and mixes. I´m happy to be part of this label now.

You’re from a different generation of artist, one where there was no internet, what do you make of the way things are today? So focused on social media, likes etc. Has the music been a bit lost in all this or is it stronger than ever in your opinion?

Kymatik: I think today’s kids grow up with all this social media work, its normal for them. For me it’s not easy, as I grow up old school. I didn’t had internet when i started, it was harder, but in a strange way cooler. I don’t hate the internet, and it has its benefits, but I can see that the “look” on music has suffered, the “worth” of music too. That makes me sad sometimes, but it won’t make me stop. 😉 fighting like Don Quijote against the windmills till the last day.

What would you like your music to convey to the listener?

Kymatik: As Kymatik i play artists like Guy J, Third Son, Marc Romboy, Stephan Bodzin, Chicola, Sebastien Leger, Einmusik, Tim Engelhardt etc. Very much adore their music as it has the deepness I love. As you are doing with microCastle, I can tell you that I’m a big fan of your releases as well. You are serving the scene with such good music, chapeaux! I try to “write “ a story with my sets, it begins ultra deep and it’s also possible to end with a harder one by Coyu for example. It depends on the crowd.

Kymatik: As Wellenrausch we play strictly our music, as a live performing band.

Kymatik: I’m always proud of any track of mine, as its the road i choose, progression. When we play live as Wellenrausch we always end our gig with our “Shape Of Berlin”, it has become a hymn for the people and of course that’s a great feeling still.

Kymatik has new music out now on MNL, you can purchase the release: here 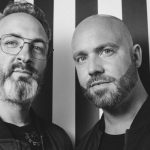