The latest release on John Johnson’s ICONYC imprint finds Tuxedo and Monojoke teaming up for a brand new single.

Both hailing from Poland the studio synergy between the two has been quite strong with their Fluente alias now boasting releases on Knee Deep In Sound and Sudbeat. Their groovy yet melodious productions have become a favourite of Guy J and their latest entitled ‘Nuero Sonic’ looks to be their best yet.

Anchored by a solid foundation the original brings that electric feel we’ve come to expect from the duo. Intricate drum work, inviting vocal stabs and a band of cosmic effects delight the senses. There’s a lot happening here but it all makes a wonderful melodic wall if you will and it’s swirling surroundings do wonders for adding a large sense of space. The main break stands out as well with some gorgeous development as astral electronics foreshadow an epic finale. A beautifully crafted track from Tuxedo and Monojoke.

The first interpretation of ‘Neuro Sonic’ is provided by Inkfish who are making their second appearance on the label. The Swedish production act have a storied history in electronic music. Their nearly two decade long career features numerous highlights with appearances on Anjunadeep and Bedrock being the most notable. They last appeared on ICONYC with a remix of Pasha & Izik ‘High Hopes’ which was released in July of 2015. Now making their much anticipated return the duo deliver a lovely interpretation of ‘Neuro Sonic’. Much deeper in design it sits as a perfect complement to the original with Its effortless flow and plucky melodies standing out the most. The warmth and funkiness it carries is incredibly inviting and sounds tailor made for the warm weather ahead. Gorgeous remix from Inkfish.

The second and final interpretation of ‘Neuro Sonic’ is provided by Mindshield who is making his first appearance on ICONYC. The Argentinean artist has however released an EP on label affiliate Hydrogen in September of 2016 and has also appeared on Balkan Connection, Soundteller Records and Stellar Fountain. Known for his pure progressive productions Mindshield actually goes deeper and more spacious adding further depth to the package. A sparser framework and punchy kick sound distinctly modern while the melodic content gets well conveyed, albeit in a much more indistinct and subtle manner. One for the dreamers perhaps and a great way to round out another killer release on ICONYC. Highly Recommended. 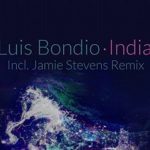 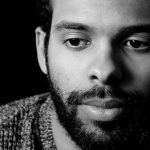