1605 is back again with yet another top tier techno extravaganza.  UMEK’s label has been making one hell of a splash since it relaunched in 2019 with a string of releases focusing on the label owners’ own tracks.

After dominating the top of the sales charts, 1605 has opened its doors to welcome a selection of tracks by people such as Cosmic Boys and Teenage Mutants who collaborated on music with UMEK.

Since then, 1605 has started signing original tracks from several other artists for a series of EP’s called “Desiderati 4” that seems to focus on a concept of collecting four tracks together from emerging talent, but with the occasional veteran producer thrown in for good measure.

Desiderati 4.2 is the latest in the series and it’s an impressive roster of tracks including Teenage Mutants, Twin Mix Trip, Beico, Luca Gaeta and Rudosa.

Teenage Mutants collaboration with Twin Mix Trip is the EP opener, and it certainly sets a high standard, but each of the following tracks holds its own.

Unsurprisingly from a release linked to UMEK, all the tracks have a high energy groove with a heavyweight kick drum and twisted synth riffs that explode out of the speakers.

Rudosa’s track is the hardest and most aggressive on the release, but Beico and Luca Gaeta are probably in competition to have the most stand out cut on the EP,  as they each have powerful melodies that give them a distinctive sound.

None of the tracks on this EP would sound out of place in the DJ sets of people like Carl Cox, Adam Beyer or UMEK himself, so if you are a fan of peak-time techno, then pick up your copy HERE 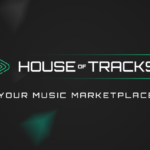 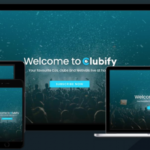