Hey Chris, how are you & what are you up to?

Hey guys. I’m good, thank you. I‘m sitting in a train as we speak on my way to Dortmund to play at the Mayday Festival alongside with Pan-Pot.

Where are some of best places you’ve performed?

This year I’d say my highlight was Club Vaag. So happy they didn’t close it down & hopefully I get the chance to go back.

And closing the waterfloor at Watergate on a Second State night was a dream come true. We went for over 7 hours, sunrise and all.

You did a collaboration with Hours last year on Second State, who’s someone we premiered a track from recently. How did you both meet and has releasing on Second State opened many doors for you?

We met at a club where we were both playing at. I guess releasing on a label such as Second State gives you a ton of exposure. I feel so blessed to be a part of the core artist on the labels roaster.

We’ve just premiered your release on Somatic Records, and also featured it in our new Incoming promos mix. What are important considerations for you when deciding to work with a label?

It’s a gut thing, either you click with the people running the label or you don’t. For example with Steve, from Somatic, we started chatting for hours about music. Although we have never met personally it’s feels like you start becoming friends.

How did you end up remixing both tracks? Whose idea was it?

After Steve send me the originals I was having a hard time picking one track. So i got the parts for both of them. That same night I send him a sketch for each track back and Steve came up with the idea of me actually remixing both.

To be honest it wasn’t as easy as I thought it was going to be. It took us forever to finalize the Ep.

What releases do have upcoming and do you have any other plans to start your own imprint?

Another remix on Somatic is coming out this summer, also currently working on my next Second State EP. And a bunch of tracks I did with Clint Stewart will hopefully hit the streets soon!

No plans so far, no.

How would you best describe your sound and which artists have influenced the music you’re making today? 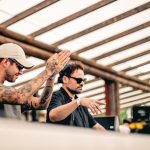 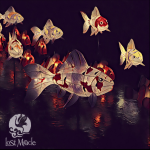