Nesker’s ﬁery passion for music is a raw talent that has been connecting with listeners and shaking up clubs around the world.

With constant new projects in the pipeline and a growing release schedule, he’s only getting started. Whether he’s in the studio or behind the decks, Nesker continues to thrill.

We have premieres Nesker’s new track on German label MYR, and caught up with him to find out more about the release…

Hi Nesker, can you start by telling us about yourself, and how you ﬁrst got into electronic music?

Music has always been a big part of my life. I started making music as a singer in an acoustic pop/rock band. After a few years, I had to go abroad because of my job and so we broke up the band. When I was on my way to China, I scrolled through the airplane’s entertainment system and came across the album `Nowhere Else` by Lexer. Since then I only listened to electronic music. I got a little smart on the internet, bought my ﬁrst DAW and started producing music myself on the road.

Could you talk us through your new track “Hope”, and the EP that it features on?

As I mentioned, I have worked in many different countries. During this time I often felt very lonely and I kept asking myself if this is really the life I want to live for the next few years. The EP was written during my time in Sweden and it tells exactly about these feelings. Sometimes it felt like there was no escape from this situation and so I came up with the title ‘No Escape’. The track `Hope` should shed some light on this situation. With this song I just want to say that there is a solution for almost everything and you should never give up hope!

How did you meet the team behind the MYR label who are releasing your new EP, and is this your ﬁrst release for the imprint?

Three years ago, the label owner Göran liked one of my tracks on SoundCloud and since that day we had more and more contact. Everything has developed into a great friendship! He told me a lot about the music industry, because he has been working in it for many years with his independent label. It was only a matter of time before I would release my ﬁrst EP on MYR. Accordingly, it was very important to me that this release will be a very strong one, because Göran always gives 120% in everything he does.

I’ve only worked with one label so far and that was the Berlin Tech-House label `MotherBot Records` which belongs to Moe Danger. I released the track `City Lights` there and I’m very happy that we’ve been in constant contact since then! The moment that made me most proud was clearly the evening when I played my own song for the very ﬁrst time and people started dancing to it! At that moment I realized that every second I put into the music was worth it and I am on a good path, making music that people like!

Judge Jules recently played `No Escape` in his `Global Warm Up Episode`. We’re still waiting for further feedback as we just started the promo a few days ago.  I am inspired by many different artists, even if they have nothing to do with the genre of my music! But most of all I like the music of Rüfüs Du Sol! I like almost every track and I am fascinated by their work every time!

What’s next in your schedule after the No Escape EP release hits stores on the 10th of January?

At the moment I’m preparing the content for the promotion of my EP! Besides that, I’m working on a remix for MYR and of course on other tracks of my own. I’m just at the beginning of my plans for my music, but it’s really exciting what’s happening right now, whether it is this interview or the ﬁrst reactions from our promo send out.

You can buy Nester’s new release on MYR from HERE 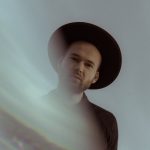 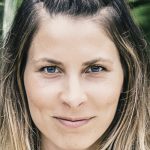