With Sonderzug’s debut album ‘Who Am I’ getting released this week on ICONYC, he takes us through a track by track breakdown in the latest edition of What’s In Your Box?

In this track I tried to express my feelings about time. I gave it an electronic feeling, because I feel that electronics are a big reason why we get lost in time these days. I putted a real clock ticking sound in the track to generate that feeling, and connected it with melancholic instruments to make it dramatic. Time has always been an interesting topic to me, and is a mystery to all of us.

Speaking many times gets us nowhere. It does not matter how rational you are, how well you form your words. I feel music is the best way to truly tell someone how you feel. The higher synths in this track represents the woman, and the deeper ones the man. The goal was to understand a true conversation between these two genders.

The title of the album. Playing roles is just a part of our society. For me if I really think about it, I feel that many times I don’t know who my try self is. The only place where I am free, and where I find myself, is writing music. It shuts me off, it comes automatically. This feeling of realization was the goal to deliver in this track. Existing in music.

This one was written on the way travelling to Konstanz. I wrote it on the train while watching the landscape, and enjoying the feeling of travelling. It’s always a great inspiration for me to travel, but especially many ideas come to me when on a train.

I wrote this track after reading this argument:

“This paper argues that at least one of the following propositions is true: (1) the human species is very likely to go extinct before reaching a “posthuman” stage; (2) any posthuman civilization is extremely unlikely to run a significant number of simulations of their evolutionary history (or variations thereof); (3) we are almost certainly living in a computer simulation. It follows that the belief that there is a significant chance that we will one day become posthumans who run ancestor-simulations is false, unless we are currently living in a simulation. A number of other consequences of this result are also discussed.”

It’s just interesting to think about it, no matter how likely it is. There are many things we cant, and will never understand.

I was trying to deliver simplicity at this track. The definition of enigma is: a person or thing that is mysterious or difficult to understand. So this track is simple, but it still has a mysterious feeling.It has something behind it that is more complicated.

Sometimes things happen in a way that it is not expected. The brain is always being fooled by its own stories, but there are moments when we wake up and see it clear. I was trying to catch that moment of awakening.

This track is connected with “Fake Existence”. I tried to add a deeper feeling to it, and I also added a conversation where a scientist speaks about the theory. I was really focusing on the atmosphere at this track, so that is sort of gives the feeling of travelling through space.

The best way to live life many times is to have no needs at all. Of course it is hard, but once reached you can feel the real freedom of life. No expectations, just letting everything flow. I wanted a simple rhythm here with a light groove to make it accurate with that flow.

I rather let everybody use there imagination on this one.

This track was written to wrap up this album. There were only a few synths and sounds used here, but I created them all live. I was trying to catch a special feeling of the moment. There was nothing added before or after it was created live, so it is a pure track if you can say.

‘Who Am I’ is out now on ICONYC, you can purchase the release: here 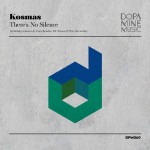 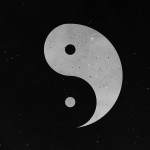