Anjunadeep breakout artist Yotto is back again with his third single in a series of releases on his newly-launched imprint Odd One Out.

The latest track begs the question “Is This Trance?” which is still up for debate according to fans who have given it a spin. Following the label launch with “Shifter” and “Nova”, the Finnish DJ and producer explores slightly more uncharted territory. The tune sails a buoyant beat that flirts with fluttering synths, rendering a progressive trance melody reflective of a dream sequence.

Yotto ambitiously created Odd One Out to experiment with new sounds of his own as well as other established and undiscovered artists. While the results aren’t exactly what Anjuna fans are used to hearing from him, his ability to captivate listeners remains unwavered.

His sense of humour is as flavourful as his productions. When asked the meaning behind the curious track title, Yotto weighed in: “Odd One Out requires me to sometimes release records that are a bit…odd. So after the first two releases I decided it’s time to unleash a hint of Gouda. The track asks, ”Is This Trance?” and is fuelled by some gargantuan bouncy saw riffs that I picked up from my 13-year old brain, which at the time was listening to Southside Spinners and Gatecrasher compilations. Slightly slower and more mature, like some of my favourite cheeses are, this is quite close to musical Gorgonzola with some hedonistic grapes.”

North American fans are in luck, as Yotto kicks off his highly-anticipated Odd One Out tour next month, hitting the biggest rooms he’s ever played in cities like Chicago, LA, SF and NY. After several massive sets at Anjunadeep’s Open Air events this season, we know we’re in for an impressive progressive journey.

You can pick up your copy from HERE 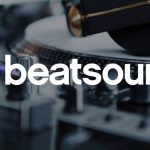 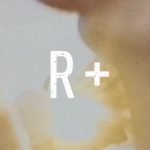