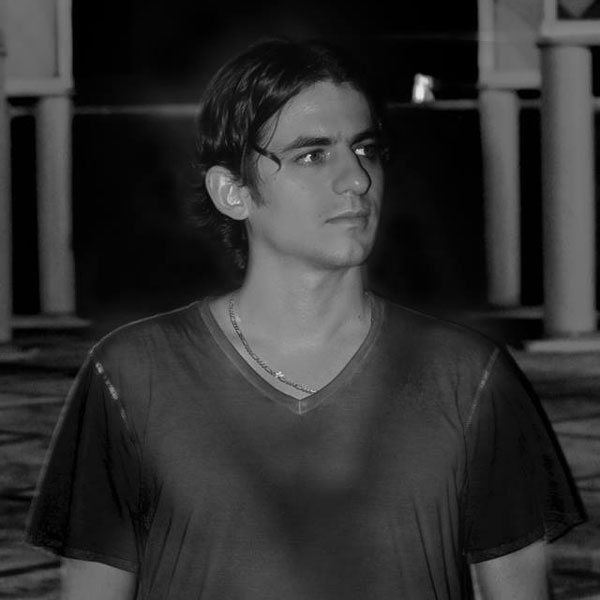 Thanks Mitch for having me on the interview! It’s a huge pleasure to do this interview with Change Underground! I just turned 33 years old in May. I’ve been producing electronic music since 2006-2007 and DJing around 2002-2003.

My musical roots stem from electronica, reggae, dancehall, rock, 80’s, new wave, synth pop. I grew up in a musical family. Growing up, My father had an extensive vinyl collection of a lot of disco, classic rock, jazz, 80’s music and so on. I was always curious about the music, and often found myself DJing at family get togethers often in the early years! I must have been around 10 years old when I started listening to electronic music. In elementary school, I remember making mixtapes for my friends at school. I didn’t have a proper setup in those days – i was working with a single belt-driven Panasonic turntable and a Sony dual cassette player (late80’s, early 90’s)

I started learning how to produce music in early 2005. It was that year that I first acquired Ableton Live. It was a real challenge in the beginning using DAWS for purposes other than mix recordings. I kept fiddling around and recording more mixes than anything in the beginning. Between 2001-2006 I was more focused on getting the tracks I liked and learning how to sequence and program, and then the production followed. I didn’t not go to school for music production, but instead I used a ton of tutorials, YouTube videos, books and other print media, and also relied on the sound advice of several peers of mine who were already immersed with it at the time. Spending quality time with experienced producers in the studio and learning the ropes is was the practical side that guided me in the early stages of production. I still do it today! It’s important to always stay on that learning curve is Habersham [Wiggle Factor, Bedrock, Renaissance] was one of my early musical mentors. I’ve also received good advice from Nick Warren, Hernan Cattaneo, Darin Epsilon, Nick Warren, Sahar Z, and several others over the years.

When producing, whether I’m working with VST or a sample or something else, it can sometimes be hard to get the right sound I want whether its because existing compression, or lingering artifacts in the sound. I try to reroute all the audio back in to analog especially when using VSTs to get a really warm sound. EQ notching is tricky at times, but totally worth doing every time. Actually I find post-production and the mixing stage the most challenging for me. At the end of the day, there are so elements that make a good mix, and studio acoustics should never be taken lightly. It makes a tremendous different with sound!

Each day I try to get in around 3-4 hours of music listening and also studio time. For me, the music life is all about balance. I’ve always been into academia and at one time wanted to become a professor. I’ve always had a keen interest in human rights – that’s one of the main reasons that I wanted to study law. I’ve also worked in the past in IT. When I’m not working on music, I love to play sports, hang out with friends and family, and do martial arts and mediation.

Some of my favourite artists outside electronic music are Radiohead, David Bowie, Depeche Mode, the Cure, WhoMadeWho.

7. What was the first and last physical (CD, Vinyl, Cassette etc) piece of music you bought?
The first vinyl I remember purchasing was Enigma – MCMXC a.D.

The first House vinyl EP i purchased was one from Francois K if I’m not mistaken, back in the 90’s.

I love to cook and I also train in martial arts.

There are amazing producers out there who make great music, but get overlooked for various reasons. As far as Beatport and digital distribution, big labels have budgets ready to promote their releases and EPs thoroughly at the time of release. Up and coming producers often need to promote heavily on an independent basis. In addition, sometimes its difficult for producers to get enough local or regional support Constantly evolving with the scene and staying relevant in the eyes of the listeners and potential fans is a must.

A few producers which consistently inspire me today are Nick Warren, Guy Manzur, Sahar Z, John Dousk, Eelke Kleijn and Darin Epsilon [LA/USA]. Basically, I love the sorts of producers that push the envelope stylistically and sound-wise, but still maintaining the underground feel and cosmic journey. The multi-dimensional, organic, oriental and ethereal production style infused with techno is where it’s at for me at the moment. I’m strongly influenced with my middle eastern heritage and growing up with a lot of Lebanese and Arabic music in my home.

It is important for producers to have a distinct, unique sound that allows producers to stand out from the pack. For than ever before, I believe that producers these days have to even more unique and different from the others in order to get really noticed. In my opinion, we are heading toward an era or electronic music that is heavily percussive in nature. Focusing on percussion, and less layers overall many of times can make the difference of getting signed to a big label or not. Its not how many layers you have in the Ableton session that matters, in fact, simplicity is best in my opinion. It’s also important to producers to keep evolving with the music and stay cutting edge at all times and be persistent. Networking is also extremely important and finding those labels to work with that will lead to stable long term relationships and career success. Loyalty is extremely important once an producer is signed to a big label. Over time, this will show dedication and growth of the artist’s brand.

‘Bayti’ is out now on Crossfade Sounds, you can purchase the release: here 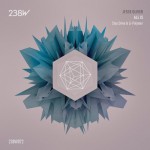 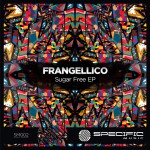