The 60th episode of our 12 Questions segment features Phonic Scoupe.

Well, We are 2002-2005 kids. Those times probably made the main influence, so it`s gonna be amazing track that we are still playing from time to time. Agent 001 – Bubblebath (16B Remix)

Actually, first gig was in Social Club, Paris, but there I played as Dzim nickname. And last gig few weeks ago in just a small bar ‘Piano barbeque’.

The first one – “Pete Tong & Chris Cox – More Intensity” , but it was long time ago so I cant remember correctly. And the last one was “I. H.O.S.H. & ANDHIM – Captain” – Brilliant tune.

We think REAL highlight is coming in spring.. But for now maybe when Nick Warren played our remix for The XX at WMC Miami boat party. It was amazing feeling..

Phonic Scoupe consists from three members and at the moment all of us are in different countries.

We think 80 percent people who read this, don’t know us, anyway there’s a lot of… I think more attention should have Erdi Irmak.

Mhm.. I’m usually inspired by be good music, and it doesn’t matter who made this. But I would like to mention Mario Basanov, David August, Max Cooper, Egbert, Pig & Dan. Guys from Progressive Scene like Cid Inc, Stas Drive, Guy J and many more.. I take inspiration from different genres.

There is so many tracks that I want to remix, but at the moment I would love to remix ‘Moderat – Bad Kingdom’ .. And I would like to be remixed by Edu Imbernon.

microCastle, Bedrock, Sudbeat always stands out, but we would like to mention Sound Avenue and also Stripped Records, September releases there will be huge!

Nick Warren`s “Sound Garden” and “John Digweed`s “Underground Ibiza”. Those are really rockin at the moment

It will be our new track that we made with Norman H. Sweet melodic ending.

Phonic Scoupe’s remix of Marko Zalazar & Nicolas Ruiz ‘L92’ is out now on Stellar Fountain, you can purchase the release: here 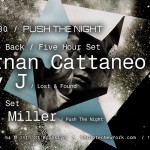 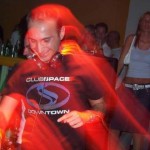