“A stone cold classic” is what Alan Fitzpatrick uses to describe Patrice Rushen’s ‘Haven’t You Heard’.

A self-confessed lover of Disco, Alan believes this track is no doubt timeless, with elements that carry it through to the current day after it was first released back in 1980.

He wanted people to hear and love this track as much as he does, so took it upon himself to pump some new life into it, leading unexpectedly to a track which has had heavy radio rotation for the last 2 months.

Whilst unsigned, such a huge following suggests this is shaping up to be a smash hit for 2020, with over 20 plays at Radio 1 from Annie Mac, Pete Tong, Danny Howard and MistaJam. Whilst getting multiple entries into the Radio 1 Dance Chart.

Finally, we can announce that the record is now set for its official release on FFRR in February 2020.

You can pre-order it from HERE 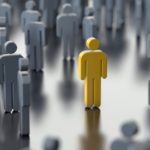 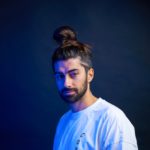