One of Germany’s most accomplished artists Alex Niggemann has released tracks on labels ranging from Crosstown Rebels to his own imprint Aeon, and has played headline DJ sets in nearly all of the worlds top clubs.

Alex Niggemann’s has his own unique way of doing things and he embraces the new to push boundaries of the genre he loves so much.

Having been a classically trained pianist from an early age, it was a trip to the iconic Poison Club in Dusseldorf that switched Alex onto the house and techno scene. “I’d always been interested in the music”, he says, “but hearing it in a club for the first time, and really feeling the energy and vibe – it suddenly made sense to me. I was intoxicated by the way that a DJ with four decks and vinyl could create such an atmosphere and sense of togetherness, and I knew then that this was my calling in life”.

This calling led him to begin DJing locally and soon he built his own studio and started producing music. It wasn’t long before he was regularly releasing music on established labels, with support from tastemakers around the world, but it was 2006 that was his breakthrough year, remixing Booka Shades “Darko” as his very first release.

Continually searching for a new creative outlet, it was a natural progression to launch his own label and events brand, AEON, in 2013. Since it’s conception, the label has been instrumental in the development of several, now-established artists including Denis Horvat, Speaking Minds & TVA to name a few.

It’s clear that Niggemann’s unquenchable thirst for new music is as voracious as ever, continually striving to take his career and AEON to new heights, and this podcast is the perfect example of his talent behind the decks.

You can check out Alex Niggemann’s latest releases from HERE 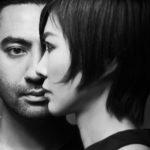