Hi Alex, you’re originally from São Paulo, which is where Gui Boratto and Victor Ruiz are based too. You’ve also grown to become quite successful. How did you get into the local electronic music scene, and, who would you count as your buddies?

Alex Stein: Well Victor, for example is a very good friend, we’ve known each other for almost a decade and we started off almost at the same time. We have a cool circle of friends in São Paulo and most producers from our generation know each other and/or are friends from playing together somewhere or meeting at an airport. Kalil is also a very good friend and studio buddies but I’m friends with most of the producers in town.

We know you play quite a lot in Brazil and South America. Which are your favourite clubs & festivals on the continent and why?

Alex Stein: My favourite clubs in South America, including Brazil would have to be Hardpop in Mexico, Crobar and GAP in Argentina, Baum in Colombia and of course Clash Club in São Paulo and El Fortin in Santa Catarina, both in Brazil. We have so many good clubs in South America it would be hard to only talk about a few, but these are the ones that come to mind immediately.

Are there any things that piss you off about dance music scene and can you share those with us?

Alex Stein: Right now? In Brazil, the fact that promoters are more worried about ticket sales than good music. That makes for a scene where every event has the same line-up but in a different order and you end up always seeing the same artists over and over. New people that have a good sound but aren’t necessarily major ticket sellers don’t get a place in the sun so often.

We know South America prefers a more melodic sound, and it’s notable from your latest release on Suara that you do too. Is this the real “Alex Stein sound” or are you just moving with the times?

Alex Stein: I wouldn’t that’s my real sound, with that track in particular I was just experimenting, as I always try to do. I like to make myself try something I haven’t really done before and that is important to me. Aurora was a very organic track that just had a good flow and was done in a few hours. I may do more stuff in that direction, or may not, that remains to be seen hahaha 🙂

You studied Audio Engineering at the SAE Institute in Frankfurt and we heard Dave Clarke is going to be teaching students there in the Netherlands. How advanced as it made you as a producer and how much time have you saved by learning things properly?

Alex Stein: Yes, I actually started m course in Amsterdam and finished it in Frankfurt. To be honest, the Audio Engineering is exactly what the name says, and Engineering course. Not much e-music production involved but since I am a bit of a nerd I loved the course. So much information about Acoustics and the inner workings of the studio gear itself made me aware of a lot of stuff I had no idea about. It also allowed me to design and build my own studio from scratch and by myself, which was a huge accomplishment for me at the time.

What would you say was the real breakthrough point in your career?

Alex Stein: I like to believe that the breakthrough point is yet to come

Alex Stein: Being able to live off of music for sure. Travelling the world and meeting different places, people and cultures and being able to bring them some of my music and what I believe in is for me, truly a blessing.

You’ve made releases on some of the biggest techno and tech house labels in the business such as Suara, Bunny Tiger, Great Stuff Recordings, Tronic, Herzblut, Sincopat, Sudbeat… Is there a release that you’re really proud of?

Alex Stein: All of them to be honest. Each of these releases has a unique meaning to me and some of them were only dreams or objectives written on paper, until they happened. Each new release reminds me that if you work hard and believe in your music, other people will too.

Can you tell us your go to labels right now?

Alex Stein: Senso Sounds, Octopus Records, Suara, Terminal M, Drumcode and Tronic are some of the labels I always check for new stuff, but some of the lesser known ones are always good to check for fresh stuff!

What are your future plans and do you have any European gigs in the diary?

Alex Stein: Future plans are to keep making the best music I can and always try to bring something new into the studio and to my fans around the globe. I owe everything to them and to their constant support. I am just finishing my Summer Tour in Europe and will be in Lebanon this weekend before heading back to Brazil, but hope be back in Europe rather sooner than later for sure! 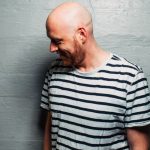 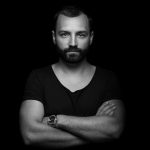