Donatello, Kastis Torrau and Arnas D can be rightfully considered Lithuania’s finest progressive talent and each have strong reputations on the world stage. Here we catch up with Donatello who gives us the scoop on his latest releases.

Hi Donatello, thanks so much for joining us today, how are you?

Hi guys, I’m good, just trying to recover and get back to normal life after this crazy summer. The past few months have been nonstop traveling, like never before. It was a lot of fun but it’s now time to get back to work at the studio and routine life.

How did you get into electronic music? What are some of your early memories of discovering it?

I remember back in the early 90’s, German music channel VIVA. There was a show called “Club Rotation” with Daisy Dee 🙂 I must admit I was a regular viewer of it, also didn’t miss “Love parade” and “Mayday” live streams on the same music channel. Reminiscing now I think that was the first thing which sparked the flame for the love of electronic music! At the same time we had very young rising underground DJ culture in Lithuania. I was very inspired when I first saw local guys spinning vinyl with real Technics turntables. For me that was like seeing astronauts work on a spaceship. So I decided immediately, I wanted be one of these astronauts. 🙂

You’ve got a very groovy, club friendly sound, where did some of your earliest inspirations come from?

I love all music, many styles, different genres. That’s why my sets always sound different. I’m always searching for something new something unique and it doesn’t really matter what kind of style those tracks belong to It’s just super fun trying to combine different types of music in one night or one DJ set. For many years now I love playing deep, tech, groovy, proggy and techno music. These are most important music styles in my career and my life.

Lithuania is well known for its great artists, Gardens of God, Few Nolder, Kastis Tarrau and Arnas D all come to mind. How is the nightlife there? Do you get a chance to play much in your home country?

Donatello: There’s a lot more great artists that you didn’t mention, but yes these are all well known in electronic music scene. They have all been doing this for many years now and they know exactly how to catch the crowd. Many of these artists are now often playing outside of Lithuania because Lithuanian electronic music scene has transformed since early 2000’s-2010 when it was way up there. At the moment I’m not performing as often in my home country. The scene is much smaller now than it was 5 or more years ago and I often get booked in different countries in Europe and around the world.

You have a new remix of Roger Martinez out now on Soundteller Records, tell us how you approached the remix.

Donatello: I’ve known of Roger Martinez as producer for many years, his production sounds awesome! One of my most favourite track is “Downriver” and his remix for Lonya & Mike Griego track called ‘Acid Culture’. Roger is a very talented artist. Big support!

Soundteller has established itself as a premiere progressive imprint in recent years, what was attractive to you about working with them for the first time?

Donatello: It’s good to know that progressive genre is getting popular again and that there’s a lot of labels, DJ’s and producers who believe in it Soundteller team is one of them, they know what good progressive house sounds like, they release very good and interesting tracks. Time to time I play some of the tracks released on Soundteller records that’s why it wasn’t difficult for me at all to decide on my first release with this label.

What’s coming up later this year from you?

Donatello: This year I’ve been working on a few very strong remixes for well known labels as well as focusing on my own original EP’s which are coming soon on a Dutch artists Oliver Weiter record label, also on Transpecta records and I anticipate on our first release with my good friends Kastis Torrau & Arnas D on our own label LIGHTS OUT.

Progressive music seems to be in a good place right now. Where do you see the sound going in the next year or so?

Donatello: I think progressive house is living its renaissance age at the moment. Electronic scene turns back in to this great music style. It’s very difficult these to delineate a specific style to any single artist, but more frequent than not you hear progressive sounds in their compilations. It looks like progressive house is on the rise again to its popularity peak for the next few years.

You’ve toured pretty extensively in the last few years, is there a gig which stands out as a highlight or most memorable and why?

Donatello: Yes, the last few years was very good. I was traveling a lot, from Mexico to Russia, USA to India, from Netherlands to Lebanon and many more great countries. This week I’m going back to India for another 3 gigs. I love this country, and can’t wait to get back there. All the countries I’ve visited were very special and unique, the crowds are different & crazy, but all these party people are united with one thing – electronic music. And that is the best part of this industry, because music has no walls and limits. It’s a language that everyone understands.

Looking back over your discography what release are you most proud of and why?

Donatello: I’m always happy with the crowd reactions of my legendary edit that I did for Depeche Mode track called “Enjoy the silence”. This track has something special about it and it never gets old.

Donatello has new music out now on Soundteller Records, you can purchase the release: here 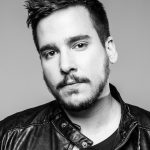 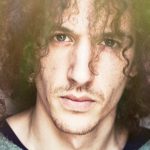