Bucharest based artist Himbrecht first caught our attention with his delicate, musical creations on Henry Saiz’s Natura Sonoris imprint, we caught up with him to learn more about the foundation of his unique sound.

2. Where do your musical roots lie, what are your first memories of electronic music and when did you know you wanted to pursue it seriously?

My mum used to play the violin but I was too young to remember her actually playing. So her violin was mostly lying around for me to get goofy with and pretend it was a guitar.

My father has nothing to do with music whatsoever but he owns a fair sized music collection and first introduced me to techno. I don’t remember the song, it was old and the title (or at least part of it) was Warriors. Hearing it was no life-changing moment but I think it helped me embrace techno faster and easier. It wasn’t until I discovered the Internet that I told myself “this is it!”. It was back in 2008 when I signed up to MySpace (I know, right?) and uploaded previews of my songs. Two hours after the upload some 20 users played it and I got two private messages asking for an EP and a remix. I signed the tunes, made a remix and started gaining some traction. It was a nice, warm feeling, knowing that people on the other side of the world wanted to listen to my music, especially since I only make and release music that I like. Tracks like “Faxing Berlin” by Deadmau5 or the early Ministry of Sound compilations sealed the deal. I wanted to become a music producer.

I started fiddling with FL Studio back when it was still Fruity Loops. I didn’t take it seriously in the beginning, it was just something I did for fun in between video game sessions. This is why I didn’t find it difficult at all. I’ve learned most of “the trade” by trying out different sounds and trying to make my own. When I went to Uni and studied Audio Systems Engineering I just polished my skills and got the chance to interact with other producers.

I usually find it very easy to find or create sounds, I just fire up a synth and mess with the parameters. Then it’s just a matter of recording and that’s it!

Lately I found myself having a lot of trouble with starting a track and finishing it. It’s like I hit a wall and there’s absolutely nothing I like. The kicks and bassline sound muddy, the hi-hats seem lazy and I feel like there’s no way I can make a decent melody. I reckon it’s because of the day job which makes me lose interest in producing when I get home in the evening. Working over the weekend usually solves it for me.

5. Apart from electronic music what other genres do you listen to and who are your favourite artists outside of electronic? and do these genres or artists have a direct effect on your own productions?

My father played a lot of hip-hop and rock for me when I was little so naturally these two are still dominating my playlists (hip-hop more than rock though). My favourite artists outside electronic music are Dr. Dre, Stormzy, Eminem, Black Sabbath, Drake and Pink Floyd.

And yes, listening to something other than techno or deep house helps a lot with making music. They offer a fresh breath of air from the classic 4/4 rhythm.

6. What was the first and last physical (CD, Vinyl, Cassette etc)  piece of music you bought?

Hmm, it’s a bit hard to remember the first cassette I’ve bought. I remember living with my grandmother and she took me to the local farmer’s market every Tuesday. There was an old man duplicating original cassettes to blank ones, the first one I bought was a release by Genius, a Romanian pop band (can’t remember which one but I was a fan). Their music is bland by today’s standards but back then they were huge over here.

The last CD I bought was Alpe Lusia by Stimming. Amazing record.

7. Tell us something about yourself that might surprise people?

I hold a SCUBA diving license. I took a course a few years ago but I haven’t used it since. I don’t know if anyone qualifies this as being interesting but that’s all I’ve got.

8.  What five tracks are you currently loving the most at the moment?

9. Which producers consistently inspire you? And where else does your inspiration come from?

I’ve been fascinated with every release Stimming has put out since Reflections in 2008. He makes this special, unusual kind of techno. It’s very liquid yet incredibly tight, I get super excited every time he’s got a new release.

10. There are countless producers out there trying to find their way and create their own unique sound like you have, what advice do you have for them?

I don’t think of my sound as being unique, not yet at least. But keep doing it. It takes many hours and a lot of sweat to get to a nice, polished sound, but it’ll come eventually.

11. If the final DJ/live set of your career was next week what would your last track be?

This one’s difficult. It would probably be Fort Romeau – Lately.

Himbrecht has new music out now on ICONYC, you can purchase the release: here 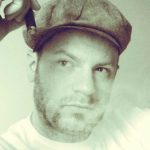