Deep house god Kevin Yost has been around for a long time in dance music and is finally starting to get the recognition he deserves for his amazing talent. We caught up with him earlier this week.

Hi Kevin, how difficult was learning to produce at the beginning plus how long was One Starry Night in the making (we’ll link to this)?

Kevin Yost: I started experimenting with making my own music back around 88. I started out with a 505 drum machine and slowly move on to teaching myself to play keys. There was really no one around to ask questions so I just messed around and taught myself. I don’t think difficult is the word to describe because it was such a slow process and I was just having fun and being amazed with the technology. I had no goal in mind but to learn and make music. Making a record was so far out of my mind that I just focused on having fun and growing.

One Starry Night was a song that I had in me for a long time. I always wanted to make this groovy hypnotic Latin house track but with a massive drum break down and build up only to come out of it with a more mellow moment with a piano solo rather than in your face right away. It was a track that really took all my influence as a music lover and finally came to be in a finished track. It was also a track that came out of no where after a dry spell. I sat down and it just happened. I love when it goes like this.

You became a prolific producer; we heard you have around 1500 unreleased tracks on your hard drive and can make as many as 30 per month?

Kevin Yost: I’ve always been very productive and when I get into a groove a lot of music comes out. I try not to focus on making one song perfect because a song will never be perfect so I spread out this energy and focus on making as much as I can while I’m in my groove. Ableton Live was a big break through with me because it is the perfect platform for me to get everything out very quickly. I do go through dry spells and I am absolutely miserable during these times but right before I am ready to jump off a bridge something happens and I find my groove again. It’s really the worse kind of addiction.

So let’s talk quality control; we know releasing too many average tracks can have a negative impact on your career. How did you learn to condition yourself to keep some of your music just for you and was there anyone that helped you realise this important learning early on?

Kevin Yost: My manager taught me early on that its important not flood the market. Times have changed since then but it’s still important to pace yourself and make strategic decisions about what and when you release stuff. But when you say average it is very hard to comprehend. Some tracks I have made that to me are very average have been accepted much better and charted more then something I made that I would call very complex and personal. Normally if I send out 6 tracks to a label the one I dislike the most is the one they like and want to release so as in art it really depends on each individuals taste

Which label has had the biggest impact on your career?

Kevin Yost: I would say when I started I was lucky to join the Irecords label and that is really how my career got started and made an impact. I had the proper guidance behind me and the right sound at the time and this why I am here today.

You’ve formed a good relationship with the Mobilee crew. What’s it like working with the team and talk us through the inspiration behind your latest release for them

Kevin Yost: I met with Ralf last summer for the first time and we had a great conversation about many things. His optimism about the music industry gave me a lot of inspiration. For me its important for a label to really believe in what I’m doing and trying to say in my music and this is why I’m happy to be working with them. I’ve been on a mission to let the world know that the music I did 20 years ago is just a small part of what I am capable of. Ralf has helped me think outside the box. He has helped me open up more, take more chances musically and realise the things I need to continue doing be successful in this business. This is where a lot of the inspiration comes from with the new release ( The Future remembered ) and the EP coming soon.

Kevin Yost: The closest city to me is Washington DC and there is a lot of local talent and many great Djs that get booked to play here. I play maybe 5 times a year in DC which is a shame because there is a good scene here. This is why I have decided to finally make the move to Europe in October. 95 percent of my gigs are in Europe so it makes sense to go where you are wanted. I have a funny feeling ill probably get booked more state side if im living in Europe. He he

Which other DJs or producers are you really respecting right now?

Kevin Yost: There is a lot of great things happening right now. The thing I love most is the Live element some people are bringing to the table. People like Rodriguez JR , Kink and many others are creating their own scene that separates the Dj from a live show and this is something im very interested in because not everyone can do this and the ones who are doing it are very talented and this inspires me very much. Especially since doing a live show is something I really enjoy myself.

We know you’re playing 100% your own material in your live shows. Talk to us about the setup and how you manage to keep the flow during your sets.

Kevin Yost: Well there are two things here. There is my DJ show which is me playing my own music and then there is a live show where I am creating the music on the fly. I love Djing but I almost feel like a skier with a broken leg. I can do and say so much more in a live show and be much more creative as an artist playing instruments in a live setting. Of course DJing is creative also but in a different way. When I dj its like I have all these paintings I can show people and I can show them in different ways and in a different order. but a live show is like a blank canvas where you have to paint the picture on the spot. You have to perform and make it happen right then and there. This is such a rush for an artist to be able to tell their story in this setting.

Kevin Yost: Not giving up. Im lucky to still be here doing what I love and over the years there have been many ups and downs and not giving up and staying focused is very hard to achieve when times are bad and things are changing so rapidly. If you don’t believe in what your doing , then no one else will either.

Kevin Yost: A stronger presence in Europe. The move to Europe from the states will hopefully open up more opportunities for me then just doing a few tours a years in the EU. Also the revive of my live show. The last few years I was focused more on my DJing but now is the time to put together another live show. I will also be working on a new album very soon and some collaborations with some very talented friends. 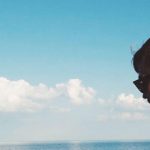 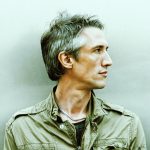