A longtime champion of electronic music, Newman’s artistic moniker feels more fit than ever. His career has gone through many iterations, from coming of age during 1980s when English New Wave dominated and house music was born, to early progressive in the ’90s, to delving into house and minimal in the earlier aughts. History has come full circle, however, and by the mid-2010’s it’d come time to start anew. Re-discovering his love for deeper, moodier sounds, he got to work in applying his years of training toward the artist he is today: a top player on All Day I Dream, and a sought after talent among the deep house and melodic circles.

His close bond with the aforementioned imprint and its owner Lee Burridge began in 2013, when Newman moved back to New York from Miami and realized that this music and this community was the exact niche he’d been yearning to find his way into for years before. He sent Lee his first demo, “The Sky and the Earth” sometime later, becoming one of the first marquee releases in Lee and Hoj’s new label Tale + Tone. Five months later, his first EP on All Day I Dream arrived. Now, he’s toured with the brand and firmly planted himself in the melodic house sphere.

Upon his latest release on All Day I Dream, we pulled Newman aside to talk about his philosophical disposition, his love for New York, redefining his sonic identity, and more. We encourage you to give his EP, I Love Therfore I Am, a listen whilst doing so.

Hi Newman, thanks for taking the time to sit with us! Let’s start off with the obvious – it seems the title of this EP might have been inspired by Descartes? Is philosophy a field of interest to you? How does philosophy play into your musical ethos?
Descartes indeed! I chose that title since one of the tracks “Eu Sou” means ‘I am” in portuguese, and also since love is the common denominator to all the tracks on the ep (and my work as a whole). With that being said, I am a student of logic and I apply that philosophy to everything in my life. With regards to the arts, my creative side and my logical side always fight each other. I used to look at it as a hindrance to experimentation but I have learned to embrace that struggle as it keeps me grounded. I have also accepted that I will never be an experimental artist and it has brought peace to my creative side and so now I can truly concentrate on what I do best which is make accessible music.

There are quite a bit of Brazilian elements in this EP as well. Can you describe your relationship to Brazilian culture and Portuguese language? What is it about these sounds that fits so well in your musicmaking?
I grew in France in the seventies and early eighties and at that time brazilian music had permeated fully into french culture. On top of playing brazilian artists on the radio, french artists would cover brazilian songs with french lyrics. Moreover, Henry Salvador, a french artist from the 60’s and 70’s is cited as be the inspiration for the Bossa Nova genre. There has always been a deep connection between the two cultures and so I grew up as a kid with dreams of going to Brazil. And those brazilian drums and rhythms and grooves… they still make my hips move uncontrollably. I eventually married a Brazilian woman (surprise!) and she is the voice of “Eu Sou”. Mariana (from the other track on the ep) is her sister.

Your name ‘Newman’ is a reference to your re-invigorated love for melodic strains of house music. Can you tell us about your path toward that rediscovery?
I was always a very emotional person so making emotive music comes naturally to me. The love of melodic emotive music was always in me and it was always the music I wanted to make. However it’s only in the last few years that it became a bona fide genre. Historically, house music was either happy or dark. There were always emotive records being made but they were isolated and spread across different genres and as a house DJ you could not play a whole set of melodic emotive records (trance DJs could but it was never the sound I wanted to pursue). Records have become much moodier in the 2000’s and with different moods come different emotions, and the public has embraced that change. So, in the end I would say that it’s the combination of the trends and certainly my maturity that have directed me to explore a more introspective and emotive sound.

It seems there are a few motifs when it comes to instrumentation in your music and others in this deep, melodic arena; tribal or Latin rhythms, sweeping string arrangement, Middle Eastern instrumentation. What is it about these elements in particular that meshes so well with the emotive ethos you convey in your sound? Is it that they’re classic sounds and thus feel more organic, are they more expressive than say, a trumpet, etc?
I approach music as a collage of sorts. I always look for elements that should not fit on their own and find a way to make them work as a whole. Whether it be classical orchestration with Latin rhythms or Hebrew sung vocals with Arabic instruments, or Indian vocals with Afro-Cuban drums, I look for moods and vibes. If they complete each other and add to the story, then I know it works. I look at each piece of music I create as a story with a theme, it could be a scene from a movie, a mythical tale, or just a simple moment like a sunrise, that is why my song titles are so descriptive and poetic. The various elements I include in each track help me tell that story and create the visualisation of the scene for the listener.

You’ve been gaining more visibility across the globe. With this in mind, what are some career aspirations you have for yourself over the next five years or so?
I would love to find a way to share my knowledge with others. Be it teaching or consulting on music projects, maybe also producing other artists. I still have a lot of things to say with my music so I’m gonna keep on making it for now.

On a similar note, you’re settled well into the New York scene. Why that city as opposed to Berlin, LA, or other musical hubs? Are there any aspects of the city and its scene in particular that have been conducive to your career and creative inspiration?
I grew up in New York in the 80’s, witnessed the birth of house music in the sweaty underground clubs. This city has given so much over the years and more recently it has been the catalyst of my renewed career after living in Miami for 12 years. New York is the world contained into one city, which would explain my various influences and how I like to include the whole world in my music. The tribal sound comes from New York originally, which would explain my love for drums. I feel at home here and each street corner remind me of a story in my life.

When it comes to writing music, what part of the track do you feel you must get right first in order to build the rest of the track around it? Do you start with melody, bassline, percussion, etc?
The groove first and foremost. Drums and bass are the foundation of the music I love. It if does not shake me first, I lose interest. So in order: drums, bass, emotions.

What are your go-to pieces of gear or software bits in the studio at the moment?
I’m an in the box type of guy (for now because of space restrictions in New York). I love all the Arturia classic synths such as the Prophet, Jupiter 8, mini Moog. I also use U-he Diva a lot. And samples, samples, samples…

Finally, what’s next for Newman?
My All Day I Dream ep this weekend. I’m very excited about it.

Order a copy of I Love Therefore I Am here

All Day I DreamI Love Therefore I AmNewman 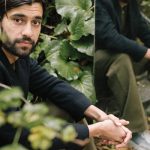 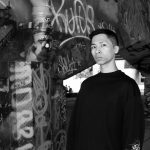