Jeremy Olander is label owner of Vivrant and he joins the prestigious lists of artists that have compiled mixes for Balance, which also includes the likes of Kölsch, Hernan Cattaneo, Patrice Baumel, Joris Voorn, Nick Warren, and many others.

The Swedish based 32 year old is famous for his melancholic and cinematic style of production that’s been featured on labels including Last Night On Earth, Get Physical, Anjunadeep and microCastle.

Also know for DJ sets consisting predominantly of his own music this release is the first-ever mix album of his career making it a long overdue project.

Included on the mix CD’s two discs is exclusive music from himself along with others such as La Fleur, Ejeca, Locked Groove, Marino Canal and Tim Engelhardt.

Delivering everything fans would usually expect from Jeremy Olander, this mix compilation comes highly recommended and can be purchased from HERE. 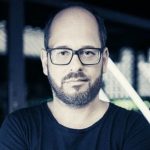 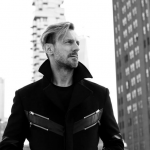