With Forgotten Notes’ thrilling debut ‘Moalé’ / ‘Hanala’ receiving strong praise and described by Renaissance boss Geoff Oakes as having “a maturity and class”, Geoff Oakes signed the duo on the basis of the release as “it’s not often talent as exciting as this comes along, so it was an immediate and easy decision to ask them to join the Renaissance family.” High praise indeed!

With such a bright future ahead of them, Change Underground chatted with Forgotten Notes, aka Ron Levis and Erhan Yucesan…

Hi, how did you both meet?
We met at a day rave party by the lake of Zug where we were both booked as DJs. Following a few sets from the both of us individually, we sat down and had a few drinks and started talking together. After that event, Erhan invited Ron to visit his Studio. That’s where all the magic began.

What were you doing before starting Forgotten Notes?
Erhan was growing his studio business and organising festivals in Switzerland. Ron was a so-called bedroom producer and Tech House DJ.

What was the inspiration for the name ‘Forgotten Notes’?
We had been working on a song which got us kind of in a trance. During this process at some point we lost track and forgot some notes. Therefore: The “Forgotten Notes”.

How did you end up getting signed to Renaissance?
Actually, we were looking for a partner to build this thing with and the first response on email we got was from Renaissance. We immediately knew it was the right thing.

What is your favourite Renaissance release to date?
We really love the Energy 52 ‘Café Del Mar’ Remix done by Tale of Us and the Camille Luciani Mix of The Temper Trap’s ‘Sweet Disposition’.

Which other producers excite you?
Âme was a big game changer in Erhan’s life and Ron loves the sounds of Johannes Brecht. Worakls, especially the set they played for Cercle, amazed the both of us.

How have you been affected by lockdown?
It was hard in the beginning since we didn’t know if we can use the studio anymore as it is a company. But after we knew that it was allowed to be open, we made the studio a creative quarantine zone!

What can people expect from Forgotten Notes in the coming months and beyond?
Well, there’s a mix coming for Deep House Sweden mid-July and we’re working on a lot of new tracks. Also, we’re going to do a live stream for Renaissance and there’s another mix coming for We Are Machine at the end of June. We’re really looking forward to the future! 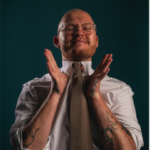