With Monje having new music out now on Stellar Fountain we catch up with him for the latest episode of 12 Questions.

I’m 18 years Old, currently I’m living in the city of Córdoba, in Argentina, and I’ve been producing for 2 years approximately. I haven’t start Djing still, since I’m mostly focusing in developing a good sound and haven’t had time to do it

In my house since I was little, everyone listened to international music, all kinds of music, mostly rock. I grew up listening to lots of rock and metal bands, and sometimes stuff like Depeche Mode and Daft Punk. When I was 14/15 I started getting curious about Electronic Music, mostly EDM, and so I started listening most of the stuff that was playing everywhere. With the course of the years I started switching between genres until a friend showed me Techno. At first I didn’t liked it, but with time it started growing on me, it was then, when I was 17 that I decided that this is what I wanted to do.

I’m self-taught, didn’t take any courses, and it wasn’t difficult per se, but it took me some time. Also I met a friend in my city who also was and still is producing stuff, and he helped me a lot.

The drums is something that comes pretty easy, I just start layering stuff where I think it fits and then it just fits, the problem comes in the arranging stage, I find it very difficult to maintain interesting the vibe of the track. To overcome a creative block I just let the track sit for a couple of days, try other stuff, other genres, and then come back to it with a fresh mindset.

5. You have a new track entitled ‘Submission’ out on Stellar Fountain this week. Tell us how you approached writing the track, how the relationship with Stellar Fountain began and what’s coming later this year from you?

At first I started writing like I do on most of my stuff. I try to build some atmospheres and arpeggios, later I go with the bassline, then the drums and then the arranging. With Submission I was trying to work with some specific percussions, which were the bongos, and with a bassline that had a progression. At first I wasn’t very sure of releasing this track, until I found Stellar Fountain, loved the variety of stuff this label has, thought “Why Not? It’s a great label, maybe this track can fit in there”. This year I already signed a couple of releases, and I’m thinking of starting to Dj, I’ve already reached a level of production where I feel comfortable to focus on other stuff beyond that.

6. Your first ever release was a remix of Moby, how did that come about and how daunting was it to remix an artist of that stature?

Well, that was a fun thing to do. This friend I talked of before showed me this remix website where people can submit their remixes for competitions and win prices. So he told me to do something together, at last we couldn’t manage to work it out so we just left it there. I kept doing it but just for fun, and one day I read of the Moby competition, and immediately wanted to participate. It was something hard to do, but fun, I didn’t have an idea in mind, and when I started to work on it, it was a brainstorm of different genres. At the moment I was listening mostly Tech House, so that’s where the influence and the ideas came.

7. Apart from electronic music what other genres do you listen to and who are your favourite artists outside of electronic? And do these genres or artists have a direct effect on your own productions?

I listen to lots of music, mostly Rock. My favorite artists would be EDEN, Catupecu Machu (An Argentinian rock band) and Foo Fighters. I don’t think this artists have a direct effect on my productions.

8. What was the first and last physical (CD, Vinyl, Cassette etc.) piece of music you bought?

This one is funny. When I was little, even when my entire family listened to music I didn’t liked to sit and listen to stuff, I didn’t care. When I grew up, and started to listen to music, we had a computer and Internet, so everything that I listened to I did it online, via streaming apps or YouTube. So I never bought anything physical.

9. Tell us something about yourself that might surprise people?

I used to produce EDM and Big Room kind of stuff.

10. What’s a normal day like for you? Do you have a job outside of electronic music? And what do you like to do when you’re not working on music?

Usually in the morning I have to go to the University, where I’m studying to be a Sound Technician. When I come home I usually start working on music or working on the homework from the university. When I’m not making music I’m mostly listening to music

11. Which producers consistently inspire you? And where else does your inspiration come from?

Guy J is a producer I admire a lot, and I love his stuff, he and Hernan Cattaneo would be my two biggest influences. I just love the stuff they make, I can’t explain exactly what is it that inspires me, I just listen to their music and feel great, and makes me want to make music that generates the same feeling

‘Submission’ is out now on Stellar Fountain, you can purchase the release: here 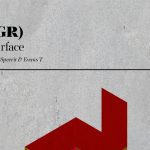 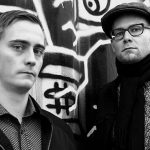