Tinexis: First time I heard an electronic beat was early 90ies when I was a kid, in a swiss radio show. Since then I knew that I wanted to do the same, play my own music.

Tinexis: It was not really difficult to have ideas, create melodies and beats. It was more about the sound quality, the technical aspect of the tracks and how to use softwares and machines in efficient manners.

Tinexis: It is called “The Dark Side Of The Moon”, it will be out on July 17. It is largely inspired by progressive house with techno sounds in it, with a groovy bass. It’s clearly an underground track with deep electronics sounds. We worked closely with our technicians to make it sound perfectly.

Tinexis: We have a lots of events in Switzerland, a lot of festival. In Geneva we have the Lake Parade almost every year, similar to Street Parade in Zurich. In bigger festival like Paleo and Montreux Jazz there’s always a place dedicated to electronic music. Clubs like MAD in Lausanne or Vanilla in Ticino are really some of the best in europe, with a lot of international DJ’s. I stopped playing around 2013 to concentrate only on production and a new project.

Tinexis: I really like Joris Voorn, Fehrplay, Yotto, and Eric Prydz and his multiple aliases.

How are you Djing at the moment?

Tinexis: No computer, just two or three turntables CDJ 2000 Nxs 2, USB keys, and a DJM 900 as a mixer. Nothing really complicated.

Tinexis: With Tinexis, the biggest is to come this year. Can’t tell you more for now !

Tinexis: Big releases, some gigs that will start, and appearances on festival / conferences. Also collabs are on the way.

dark side of the moongenevatinexis 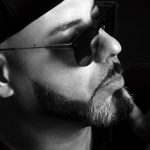 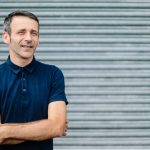