Roger Sanchez is the proverbial American Dream. From humble beginnings in NYC, he’s gone on to achieve greatness in the dance music world. From multi-year residencies in Ibiza, to headlining festival main-stages around the world; he’s the owner of a coveted Grammy, won an IDMA Award and has been nominated 8 times for the best American DJ, plus has won 4 further DJ Awards! Sanchez is a self-made man who’s proved that dedication and hard work pays.

Hi Roger, thanks for joining us. What was the real break-through point in your career?

Roger Sanchez: It was when I had made a track “Luv Dancin” and Tony Humphries played it for the entire NY music industry at an event. Everyone searched me out after and I began to work overseas.

Which track are you most proud of why?

Roger Sanchez: I don’t have just one but the one that connected with so many people is “Another Chance” I feel I was able to connect with my listeners on an emotional level and that’s what makes me proud.

Who are the people you most owe thanks to any why?

Roger Sanchez: First God, then my mom for being a strong moral force in my life and my father for the work ethic.

You’ve been playing the Ibiza circuit for a looooong time 😀 You’re playing a couple of dates at Hi Ibiza’s party Glitterbox. The marketing suggest it’s trying to recapture the good old days of house music. What’s the vibe like and does it live up to the hype?

Roger Sanchez: Glitterbox is definitely something special – it reminds me of the days I had my party Release Yourself on the island. That House vibe is definitely back and the crowd is so up for it

Are there any other scene’s popping up or any other parties, that people should be taking notice of?

Roger Sanchez: The Woomoon parties are rather special in Ibiza and Morning Gloryville wins for the most responsive crowd and NOT being influenced by drugs or alcohol. Holistic Partying!

We saw a video of you smashing 4 decks on Defected’s Facebook page. Is that how you usually play and what’s your current setup look like?

Roger Sanchez: Yes it is. I play with 4 Pioneer CDJ Nexus 2s and a Djm 900 mixer and it allows me flexibility to remix on the fly.

What are 3 things you would say to aspiring DJs today?

Roger Sanchez: that’s right, people can check out the first module and see what it’s all about => https://www.faderpro.com/programs/dj-masterclass

What’s coming up on Stealth Recordings?

Roger Sanchez: I have a collaboration with several artists coming including Mihalis Safras, Huxley and Mike Vale. We have releases from Kydus, Saliva Commandos, Carnao Beats and many others coming- it’s a busy year!

C-U is a site that supports #newtalent in the underground.  Who would you rate as your favourite up and coming producers?

Roger Sanchez: I like Cocodrills, Kydus, Saliva Commandos, Andrea Oliva- all are different but quality producers

What solo releases do you have coming up that people need to look out for and how can fans stay in touch?

Roger Sanchez: I have a collab with Mike vale and Kelli Leigh,  a track called Walkin and much more! Check my website Rogersanchez.com to stay in touch! 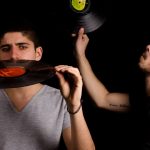 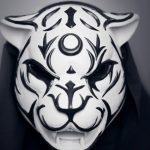