Taking his cues from disco, techno, funk, electro and hiphop, Richy Ahmed has positioned himself firmly at the forefront of UK house music.

Hi Richy, for those who aren’t aware, can you give us some background about you before you got in to dance music and launched your imprint?

I’ve been professionally DJ’ing since about 2010, but I started really getting into dance music about 10 years before that, going to raves, living in Ibiza you know. I got into it through the love and passion for it and then eventually make the jump and decided to make a career out of it and go for it.

The label came a little further down the line. After having a big part in Hot Creations it took us a while to be able to concentrate or have the time to focus on my own concept and bring it forward, and here we are.

You’ve had a pretty meteoric rise over the last few years and built a solid relationship with Jamie Jones. How did you two become friends?

We become friends in 2003 I think it was whilst we were both in Ibiza, both just doing summers. Young guys working and we just became friends and the really good pals we have been ever since. It was Jamie that encouraged me to try and become a DJ and really go for it professionally and he helped me from day one.

Your label, Four Thirty Two, is still pretty young and you’ve had some great releases to date. What prompted you to start it and how did you come up with the name?

432 hertz is a harmonic frequency of the universe; its a frequency that resonates and connects humans to the universe in music. When music is tuned to this frequency it has a calming effect and makes you feel good about yourself. I have been working on some remixes that are tuned to this frequency, some people say a method that has been used by Bob Marley and John Lennon. I am a very spiritual person and the numbers stood out to me, grabbed my attention and I thought it was a good one

How much extra time has it added to your already busy schedule to run the label and how have you dealt with this?

To be honest my management help a lot with the label, you know the back room stuff, getting schedules sorted, getting contracts together and making sure production is on time etc. But the main thing about me is finding the music, the concept and the design. So that makes it a lot easier to cope with alongside my touring life.

I decided I didn’t want a strict release schedule before starting label, so we have stuck to like 4 to 5 maximum releases a year. This is pretty handy because I wanted to do vinyl and have fully printed sleeves with the right look and feel for the release. So this can all take a whilst to slot into place across the year

What are the things you’re loving most about running a label?

My favourite thing about running the label is when you sign someone’s record and make the day for the release. When you find a record you’re really into and the artist is looking for a home, and you know you’re giving them a platform to spread their creativity and making the most out of it together. Nothing beats it!

Would you say Four Thirty Two has a distinct sound? Who would you count as your core label artists?

The releases so far have been quite consistent but the plan is for the label not to have a distinct sound. You will find the releases will vary but they will all be quite dance floory, house based. I mean the only consistency between the releases is for them to be quality and for them to stand the test of time and not to be influenced by trends. So for me my favourite sound is Detroit and Chicago House and Techno and a lot of them have been based around that so far, but the releases will vary over the next 12 months. I just want to look back and be proud of everything coming out on the label, not think I shouldn’t have released that because it was trendy to at the time.

The core label artists at the moment are two people I’m bringing through Jansons and Senzala. I’d say they are a big part of the label, they will be both pushing their 2/3rd release soon. I’m gonna move it around but I class these two as my protégé’s and they are both coming through really well and making quality music.

What support do you give your artists and what advice would you give anyone looking to get signed on your label? Plus how can people send you demos?

I give full support to my artists, I help them everywhere I can, even signing tracks to other labels if I can’t find it on mine or we can’t fit it in the release plan due to only doing 5 releases a year. If there isn’t room for it on the label at the time I don’t like sitting on people’s music and holding onto it for ages, I don’t think it’s fair even if I think it might be good for the label I don’t want to hold on it for 12 months.

As a lot of the artists I want to sign are not established artists I will try and place it with another label and link people up and get it signed, I want to support them with as much advise and help as I was given. I would help any artist in any way I can

If you feel your music could fit the label send your demos to: promos@fourthirty2.com labelled ‘DEMO FOR 432’

You’ve had some notable label party events, from sell out shows in Glasgow, Leeds and your home town Newcastle. What are your plans for the brand regarding tours moving forward?

Well this year we are going European, we’ve already had a sell out show in an amazing club in Bilbao called Sonora, played 6hrs all night there, one of the best parties I’ve ever done. As for the rest of the year, we are going to be hitting the major cities across Europe with hopefully some wicked parties in Ibiza as well. As well as increasing the size and scope for the shows in the UK, so watch this space!

What are your personal goals for the future and do you have any other things coming up that you want to share?

Personal goals for the future are just improve on my music and my DJ’ing and become the best artist I can be whilst nurturing as many good artists up through the label as I possible can.

As for future plans I have loads more music coming out; new Loverhertz Ep is looking amazing, a Paul Simon remixing coming at the end of the month, a huge one coming on Hot Since 82’s label Knee Deep In Sound next month as well. As for summer plans, another jam packed Ibiza schedule and loads of festivals! 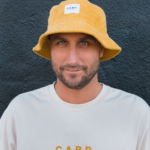 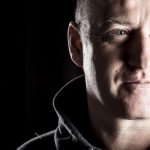