We got a rare opportunity to speak with Kevin Saunderson, one of the most important and influential artists in the history of dance music…

Kevin Saunderson, you’re one of the founding fathers of Detroit techno, along with Derrick May and Juan Atkins. Where did you guys get the inspiration to push the boundaries of music at that time?

Kevin Saunderson; I think being forward thinking, technology seduced our minds and made us want to meet the challenge of learning this equipment. Everybody had their own musical influences. Juan was electro. Me and Derrick were more 4 to the floor. I grew up listening to disco – so once I learned the tools – I tried to create something you could play as DJ or imagine DJs like Larry Levan or Ron Hardy playing. I was tired of buying 2 copies of some records and trying to create a different intro. So I was trying to create something different.

What equipment did you get started out on?

It was a 909, 808, 727, DX100, CZ1000/5000. I had an 8 track Fostex recorder and mixing board. Every day was like school. I first started figuring out how to work the drum machine. I was trying to read these manuals that came with it but the equipment came from Japan and the English wasn’t up to par. So it was trial and error because it was hard to understand how to follow the steps. My brother Ron was a tour manager and he was very technical and he helped me a lot. I spent hours figuring it out because you had to put time to the technology. Juan had a way better perspective on the tools. To him at that time, he considered us in the way. We all didn’t realize the significance of what we were doing at the time.

You founded Inner City back in 1987 and you’re celebrating your 30th anniversary of KMS Records this year! Inner City had topped the U.S. Billboard Dance chart five times, had nine Top 40 hits in the UK and two Top 20 albums, with combined sales of more than six million. How did you cope with your fame at that time?

I went with the flow, stuck to who I was and did my thing. I had to make some adjustments like doing talk shows and TV shows, so there was a bit of anxiety. Our singer did a lot of the stuff – it was my project but people always want to talk to the singer. I kept humble and thankful that I was blessed enough to have this talent and find a way to be part of a creation.

So how do you find the scene these days? EDM seems to be dying. Do you think the underground is getting bigger as a result?

EDM has helped – I guess people got tired of that repetitive sound and everything sounding the same. So people started experimenting – going to festivals, seeing different DJ’s. Everyone is connected on social media so I guess that’s helped grow the scene.

How do you find the landscape in 2017 VS back in the days?

There are people who still remember me from back in the day, there’s people who know me but don’t have anything to do with dance music these days and there are still people still finding out about me. I was at a gig recently where somebody came up to me and asked who I was hahaha.

It was a lot different back then – you released a record and people seem to know – it was easier to spread the word and get things promo’d out. Back then, a record was made through the clubs, then radio picked up and it went mainstream.

It’s much harder for DJs to grasp a track at the same time these days because there’s just so much going on. Almost every DJ has their own sound. There wasn’t so much variety back then. You either had a track or they had run out of stock.

The scene has progressed a lot and I’m really excited about it. Streaming services give you a much better opportunity to spread the music and for people to connect with it. I guess the only problem is it’s not so good for the producers, so they’re being forced to be DJ’s now to make money. But generally, it’s a really great time in music right now, because more people are aware.

What was the energy like being around in the Detroit music scene at the time? Did I hear right you guys bought your own block? And how did Jeff Mills and Richie Hawtin join the movement?

Richie used to come down to a club where me and Derrick used to play called ‘Music Institute’. That’s where he got his first inspirations.  He kept coming down and ended up playing a couple of events for me. He never put a record out on my label but sometimes contacted me for advice and thoughts.

Jeff Mills was a DJ on the radio. He fell in to the path of techno and started working with Mike Banks. Like Richie, he would contact me for help and advice from time to time. He was just trying to find a way to make his own path with the music.

Me, Derrick and Juan all lived on the same block. Juan and Derrick had their loft which was their studio right next time mine, so the whole corner section of the block was a studio and where we all lived.

Do you miss those days?

We were creating the future. We were innovative, treading waters where you had no clue where it was taking us. It was fresh, new and exciting.

You went on to form your E-Dancer project and your first album was named as one of the 10 best albums ever. When was the last time you listened to that and do you have any plans to do a reboot?

I re-visited it a year and thought it might be good to to re-touch it, not really change it. Do a few different arrangements. Add a few things to some of the tracks. Update some of the drums. A combination of analogue and digital. So I’ve re-done it. I’ve worked on a couple of tracks over the last couple of years Foundation, One Nation – so I added to those to it so the album is gonna come out soon “E-Dancer heavily revisited! It’s still got magic to it!

You’ve teamed up again with your old mates Juan and Derrick again as The Belleville Three – a nod to your Junior school days. Looks like you’ve got some massive gigs booked in the diary. Can you share with us what you have in store for fans?

I had this vision 3 years ago that we should tour. We did show once where a festival once asked if they could book us as the Belleville Three. So we all got on stage. We never did it before so it was trial and error. That show was 10 years ago – so I thought we’re gonna go back out again but we’re gonna need to practice!

The first leg of this tour is DJing but we’re Djing together – it’s not back to back – it’s 3 separate set ups and we’re working together and fusing our influences . We’re also working on some new music – so we’ll be releasing the first ever track that we’ve done together! Our goal is in 3 years to make it in to a fully live show where we go on tour.

30 years on you’ve released “Good Luck” as Inner City, teaming up with your son Dantiez. What are your aspirations with Inner City?

Our singer Paris had some health issues – so there wasn’t many opportunities for us to keep recording new material, so the project sat on the back burner. I share a studio with Dantiez so I just happened to walk in one day and hear one of this tracks once day and thought “damn that sounds like Inner City”. I liked the track so much, so I thought why don’t I get involved and bring in a singer. The process worked so good. So the goal is to bring Inner City back and have continuous releases again. Dantiez is like me he likes vocal and melodies. He lays the beds and has many variations, so his sound became a good fit. He’s really up to speed on all the equipment, much more so than me.

When did Dantiez first start showing signs he wanted to follow in pop’s footsteps?

It was 5 years ago – when he moved away with some friends. Those friends were DJs and producers. He got the bug. That’s when he told me he’d been working on Ableton. I saw that he was serious because he was in the studio all the time. So I took him around the world on a tour with Richie Hawtin, Seth Troxler, Loco Dice. He got his own inspiration from it and I guess that’s when the whole process really started. I looked at a picture of him and he was there with a 909 when he was 3, so I guess he was absorbing stuff from a young age.

Does he have any more plans to do more solo projects?

He’s done a track on Defected, on Soma. He also has a label ‘second born’. Inner City is just one of his projects so watch this space.

Can you share with us a couple of releases that you’re most fond of on KMS?

Carl Craig, Stacey Pullin, Kenny Dixon, when you look at all the talent that came out of Detroit, everybody had to come through me at some point. It great to see people still doing it and doing well 30 years later. I never thought it was going to be a life time career but it’s ended up this way.

Can you name an artists you’re really digging the moment?

Really liking Kink. I’ve got a lot of music in my crate.

If it was your last gig ever – what track would you close with?

Has to be strings of life. 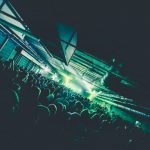 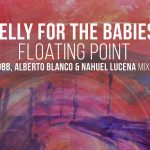