A Must Have returns this week with a fresh new single from Jelly For The Babies.

The Serbian artist is fresh off exceptional releases on A.Muse Audio and Exit 32. Now making his much anticipated A Must Have debut Jelly For The Babies presents his new single ‘Floating Point’ alongside remixes from Kobb and Alberto Blanco & Nahuel Lucena.

Being the boss of both The Purr Music and One Of A Kind show’s Jelly’s broad passion’s in electronic music and that certainly filters down into his productions as well. On ‘Floating Point’ we get a deep and incredibly appealing creation. Aptly titled, it comes with floating atmospherics and airy motifs. Distinctly hypnotic and also quite late night, the mood is one of transcendence bliss as textural drifts, rolling drums and stellar effects take you on a smooth and exhilarating eight minute journey.

Both remixes maintain the gorgeous spirit of the original while adding their own unique flair. First up, Kobb makes his first appearance on A Must Have following a great remix of Kevin Toro’s ‘Trusted’ for Nikko.Z’s Dopamine Music. He brings more of a tech house flavour to ‘Floating Point’ while still keeping it light and airy. A tougher drum section certainly adds some dance floor pop and a unique effects narrative tantalizes the senses every step of the way. great remix from Kobb.

The release concludes with Alberto Blanco & Nahuel Lucena also making their label debut. This is a first time collaboration from the Argentinean duo with Nahuel holding just one previous release on Deepsessions while Alberto has appeared on a myriad of label’s with Dopamine Music and Stripped Digital being the most notable. Collaborations are always interesting and this one has turned out wonderfully with the duo going a touch bigger with cool vocal effects and waves of sweeps and phasing textures. The third act comes off quite epic with gleaming motifs adorning the boundless groove, making for a great close to the release. A wonderful debut for Jelly For The Babies on A Must Have and another great release for the label. Don’t miss it. 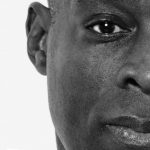 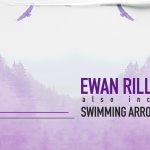