Mark Reeve’s sound has been going from strength to strength and after seeing his comments pop up in our Facebook news feed yesterday, we thought it was a good time to chat again.

Hi Mark – when we last spoke you were playing Egg London and were managing to hold down an IT job.  What’s changed since then?

Mark Reeve: I’m not working in IT anymore. Right now I am fully focused on my production and touring, which is what I love doing the most. I think everyone had a job they did alongside staring to produce music and DJ’ing. But there comes a point, when you know what’s more important and also you need to give yourself totally to one focus, 100% all the time to achieve your goals. It’s not easy!

You’ve got a release out on Pig&Dan’s label at the moment. Can you tell us about the inspiration behind it?

Mark Reeve: I just walked into the studio one night and started from scratch. Playing around with sounds and vocals. The idea just came into my head with the vocal and it all fit really well into the track. I finished it, dropped it over to the guys, and they loved it from day one!

Last time we spoke we asked is techno becoming too popular? Now that the EDM bubble has burst it seems EDM artists are defecting to techno. Could techno end up becoming the new EDM if we’re not careful?

Mark Reeve: No, I don’t think so. Techno will always stay an underground vibe.  It’s just that right now, Techno has become very popular within the underground scene. It also depends on where you want to go with your career. I like having vocals in my tracks but at the same time keeping an underground edge to the basis of the track. Vocals can help a track be memorable and instantly recognisable which is a good thing, and doesn’t always mean that it takes that track into another genre, and potentially considered more commercial.

I also saw you posting on Facebook about hate creeping in to the scene and fans targeting certain labels?

Mark Reeve: I can see hate being spread on all sorts of different labels which I will not mention. The music is showing more of a hands up side to techno which is good for some but bad for others. Meaning of course a commercial side to things. I cannot understand why people spread hate just because their taste is different to what is being released.

I think we are at a time where we should learn to respect things even if we don’t like them.

Can you tell us your go to labels right now?

Mark Reeve: There are so many to name, but Klockworks, Drumcode and Soma are some of my go to labels. They have been for a long time and are still to this day.

As you know; C-U is all about giving chances to emerging coming artists. Can you tell us which up and coming artists on your radar right now?

Mark Reeve: Well you have to give credit to artists like Enrico Sangiuliano and Layton Giordani, at the moment the boys are producing really good stuff, and they are scoring some smash hits at the same time. Luca Gaeta is another artist I’d mention too, he lives near Naples and has definitely caught my eye and a really nice lad too.

Mark Reeve: Well I’ve just had a release on a various on Coyu´s label Suara. I will be doing a joint EP with Harvey McKay on my own label SubVision and then there will be a collaboration with Pig & Dan coming at the end of the year. I have a few other labels who are interested in signing a track, but that’s to be kept hush hush for now until we have more news. Also, I will be putting focus into another follow up single on Drumcode. So there is plenty to keep me very busy! 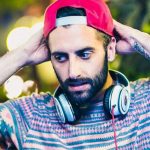 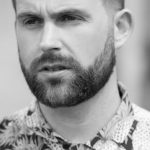