Ronnie Spiteri’s perfect fusion of rolling Tech house beats with Techno has pushed him to the top of many A List DJ’s playlists. We grab 5 minutes with the hotly tipped producer to get the lowdown on his Kenja Records imprint.

Hi Ronnie, for those who are not aware can you please give us a bit of background about yourself and what you did before you launched Kenja Records?

Ronnie Spiteri: so i used to and still work in a full time job as a Bricklayer & had my Residency at Junk in Southampton, so Monday to Friday was work and pretty much every Saturday I would be at Junk Djing. Throw in the odd holidays away and that’s what i have been doing the last 5 years!

Now I have my label and things are stepping up. Have had my head down in the studio for the last 5 years; I work most days on site and literally every evening i work on my laptop, sorting out schedules, strategy and releases with my manager Joel Sumerling at SMM and my booking agent Kal at Underground-Artists. On top of all that I’m a dad with a young family so as you can imagine I don’t sleep a hell of a lot but its worth it.  I love the chase and am always excited by new music, DJing, and the whole scene!

What’s the general rule to be on the label and what are the essential credentials? Do you have a particular sound?

Ronnie Spiteri: To be on Kenja you need to be different and to be creative. The sound and style is somewhere between Tech house & Techno! I like music to be music and to have lots of sounds in the track that compliment each other but at the same time to be stripped down, underground with a real good grove and feel to it.

Where does the label name come from?  Is there Is there a story behind it?

Who would you say are your core label artists? And do you think it’s important for a label to build a roster around a few key artists and develop a distinct sound in the process?

Ronnie Spiteri: I’ve recently signed Hybrasil and Rhymos is also on the team. Both these artists are DJ’s too and tick all the boxes every time I hear their music. I’d like to sign more but its hard to find DJ/Producers to fit the sound I am after. There are a couple more new artists joining the team soon but you’ll have to keep an eye on my socials to find out who.

Ronnie Spiteri: I have a selection of artist I follow and am also good friends with them so always get sent stuff fresh out of their studios… these are my top 5 artists at the moment.

What if a demo is good but needs refining? Do you have time to help the producer and give them some tips? Does you help mixing and mastering?

Ronnie Spiteri: Yes I find this very helpful as I’ve had Hot since 82, Darius Syrossain & Alan Fitzpatrick give me guidance on my tracks in the past! It’s easy for people to write a track off but what they don’t realise is little tips, tucks from feedback like this gives someone like myself who is up & coming up more energy & confidence to rework a track knowing it will sound better.

What advice would you give to anyone trying to get a release on the label? How do you suggest they approach the demo submission process?

Ronnie Spiteri: Make sure they only send music that only suits our label and don’t send us a link you’re sending to everyone!

Ronnie Spiteri: So it depends; if the original track is house then i’ll look for someone in the techno family to remix it & if its more down the techno route I’ll get someone to make it more about house music.

As a producer and DJ, you also use the label for your own output.  What’s been your biggest personal highlight release so far on the label?

Ronnie Spiteri: I would have to say the Kenja Ibiza VA Really got the label in a good place as there was some real good Djs on it such as Raffa Fl, Jey Kermis, Aneak, Di Chiara Brothers, Jhonsson, Myself, Italobros, Eddie M, Wise D & Kobe & Rich Wakley.

Have you any plans for any new albums or compilations you can tell us about?

Ronnie Spiteri: Expect to see Rhymos, Hybrasil, Reset Robot, Nikola Gala, Javi Bora, & Myself on-board this year and next. Plus there’s also there’s some big remix’s coming but can’t announce those yet 😉

Have you done any label nights and if so have they contributed to the label’s growth?

Ronnie Spiteri: Yes i have had DJ W!ld, Darius Syrossain, Josh Butler, Detlef, Markus Homm & More Play for my Label night and yes they do help the label out.

What can we look forward to in the future from you personally?

Ronnie Spiteri: I have releases coming out on Fusion, Kenja, Do Not Sleep, Leena, Mobilee & more…

Also I have a South America tour and another Australia Tour plus loads of gigs booked around the UK both this year and the early part of next. 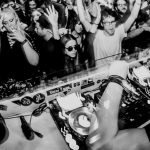 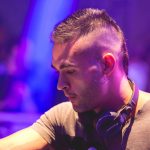