Alan Fitzpatrick’s ‘We Are The Brave’ imprint kicks off the new decade with a thunderous offering from Ronnie Spiteri.

Following a string of successful releases on Tronic, Knee Deep In Sound, Do Not Sleep and his own Kenja Records, Southampton’s Ronnie Spiteri returns to We Are The Brave with his hefty new track titled ‘Déjà Vu’. His rolling main room style is well represented throughout the thunderous cut. A rumbling low end and crisp hats form the foundation for stabs, pads and vocal ad-libs. Acidic tones spice things up even further, sure to keep the dance floor on their toes with its full-throttle energy.

Southampton based A.S.H adds a remix to the original, demonstrating the unique and powerful sound he has previously showcased on We Ae The Brave. Stripping it right back to the nuts and bolts, A.S.H rebuilds the track into his own dystopian version. Sparse percussion and a rumbling bass provide the drive, as the stabs taken from the original are used sparingly so to give them maximum effect. With the addition of acidic squelches, it hits its peak in the epic breakdown just before a drop of mammoth proportions.

We are honoured to premiere the remix from A.S.H which can be purchased from HERE 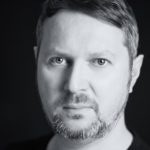 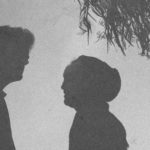