Hi guys, tell us about you

Jordan Forrester: I’m 21 years old and from Stoke-on-Trent. I got my first pair of decks back in 2010 and first started playing hip-hop and grime. I didn’t discover my love for House and Techno till a few years after when friends of mine would show me new music that I’ve never heard before. I first started producing when I was around 16 years old, but never took it very seriously until I turned 18, I attended Stoke-on-Trent college for the Music technology and production course. I now study BA Music Production at Staffordshire University.

Jordan Russell: 21 years old originally from Wigan, but my parents moved down to Stoke-on-Trent when I was younger. I got my first set of decks when I was around 16 years old, by this age I was already big into House and Techno. I started producing music before I started DJing at the age of 14 making hip hop beats with friends, it wasn’t until I was 19 I wanted to pursue a career in music and produce House and Techno.

What/who inspired you to get started?

JF&JR – For both of us it was attending local events and seeing the local DJ’s and big DJ’s playing. We knew from experiencing these nights, that’s what we wanted to pursue a career in, House and Techno.

We both didn’t get together until 12 months ago, we were both in the same year together at school but were pretty much strangers, and then we started to see each other on House nights around Stoke. We started speaking and fount out that we were both producing and decided we should meet up and get some ideas down, to see what we can come up with. We both bring individual qualities to the table and we feel as though it works really well for us now.

What new releases do you have out?

Our latest EP consists of two Tech House tracks, the first track being the title of the EP “Disposition” and the second track “Control”. With both of these tracks we wanted them to have a solid tech house foundation, tight funky grooves, with a heavy kick & bassline, little vocal snippets and techy lead sounds to keep things interesting. As soon as we got the first idea down we knew we wanted the second track to have a similar feel. Pretty dark sounding and Ideal for a peak time set.

We got in touch with Japa through there sister label White RCRDS, we have a single coming out with them in April. The owner then informed us on his new label that he was launching ‘Japa’, and asked us if we had any projects and if we did send them over. We were working on the Disposition EP at the time so as soon as we finished it we got it over to Japa.

The House and Techno scene in Stoke at the minute is the best its been for a while, historically Stoke had a huge impact on the dance scene (before we were even born!) back in the Shelley’s and Golden days, which saw some huge names in the scene come down and play, Pete Tong, Carl Cox, The Prodigy, Eric Morillo and local legend Pete Bromley just to name a few.

One of the hottest events in Stoke right now is ‘The Move’ which has seen some of the biggest names in the scene come and play. Some of these include, Seth Troxler, The Martinez Brothers, Solardo, Richy Ahmed, Patrick Topping, wAFF, Heidi, Hot Since 82, the list is endless. Last year saw ‘The Move’ launch there first warehouse Party at an old iconic pottery factory in Stoke called ‘Spode’. This saw Steve Lawler, Derick Carter and Solardo headline the event.

As well as The Move Stoke has ‘Freakshow’ and ‘The Free Parties’, which has also seen some big faces in the scene. Also fresh on the scene is a new event called ‘Bonanza’, which are parties based on a theme. After there first sell out party have gone from strength to strength, bringing some up and coming tech house stars to Stoke such has Raffa FL, GW Harrison, Mason Maynard, Jimmy Switch and more.

We play usually once or twice a month, we hold a residency at ‘The Free Parties’ and also made our debut for ‘Freakshow’ on New years eve. We play along with some of Stokes finest. Such as Aztec, Mark Ledgar, Marvin Lambert, George Lomas and Jake Ream who are ‘The move’ and ‘Freakshow’ residents they have all gained a strong local following and have bin impressing crowds for many years within scene in Stoke. As DJs we looked up to them when we first started.

We use the industry standard Pioneer equipment, during our recent gigs we have been using 2 CDJ 2000 nexus and DJM 900 nexus.

To play as many gigs as we can up and down the country and release as much new music as we can. We have a few projects lined up to see out the rest of 2018 which we are really excited about. These projects are including some of our own and also some collaborations, all insisting on tech house grooves.

You’ve done a mix for our C-U Presents series. Tell us about the kind of music we can expect

We wanted to record a mix that best expresses our style of music, high energy tech house with the heavy drops, perfect for peak time sets. This mix that we have done is consisting of tracks that we are currently playing out in our sets and we have also included a couple of our own productions. 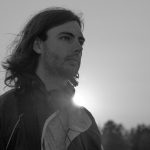