Waxman: I’m a 27-year-old producer based out of Toronto, Canada. I currently work as a mix/recording engineer at Lynx Music Studio and have been working on my own music since I was a university student in Montreal eight years ago. The Montreal electronic scene sparked my interested in making my own stuff and I haven’t looked back since. Waxman was a convenient choice for my artist name because it’s also my last name! Now I’ve just got to start spinning some vinyl 😉

Waxman: The tracks on Méla are colder and clubbier than most of my previous releases and than a lot of what I’m currently working on. My first release with Wide Angle Recordings (my Glass Mountains EP), was shiney and melodic – this one shows my darker, more dance-floor oriented stuff. Most of what I’m currently working on falls somewhere in between the two, so there should be traces of both in my next release.

Waxman: Around two and a half years ago, I had a handful of tracks I was really happy with and wanted to release, so I picked a few labels and reached out with them. Wide Angle was the most receptive and excited with the tracks I’d sent over to them and after a few conversations I decided they would be the best fit to start releasing music with. So far it’s been a great partnership – more to come with them in the months ahead!

What’s been the biggest achievement so far?

Waxman: I’d say so far my biggest achievement was putting out my first EP with Wide Angle Recordings last year – my Glass Mountains EP. I’d put out singles and had some tracks on compilations, but this was the first release that was just me, with a label I wanted to work with, and with tracks I was really proud of.

Talk to us about the music scene like where you’re based.

Waxman: Toronto has most of the big dance and house names come through regularly but also has a really fun underground techno scene that’s been ramping up and growing more and more over the past few years. I love getting out to see all my favourite DJs when they come through, but the best nights are the ones where you don’t learn the venue until early the evening and the party doesn’t start until after midnight.

Waxman: For the last few years I’ve been focusing on the production side of things, both with my own music and with working full-time at a recording studio. Hopefully this year, I’ll have time to get things going on the DJ side. When I do, the plan is to go the CDJ’s route, so that I can have an easy and flexible setup wherever I find myself.

Waxman: Over the next year, I’m planning on finishing and releasing at least another single and another EP – both are already well in the works! I’ve also got a film I’ve been asked to score on the horizon, which should push me in a slightly different direction. I’m really looking forward to jumping headfirst into that world as well.

Finally what’s the one thing you love about this industry or that keeps you motivated.

Waxman: I love hearing and keeping up with the constantly changing direction of electronic music – there’s always something new and fresh to check out and be inspired by. 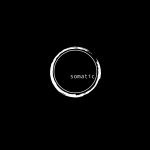 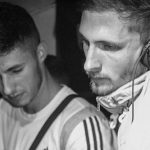