Hey there everyone! I’m a 26 year old video game and synthesizer enthusiast, who’s currently living in Stuttgart, Germany. I’ve been into Djing for 9 years now. I always have this need to understand how something works and how you create the music that you play, so I started experimenting with music production about 2010. I always liked the name Ivo. As a moniker you have the freedom to choose whatever you want, so I picked that name as my Alter Ego.

On it’s surface, it’s quite easy to define my musical style as house music. When you take a closer look you will discover a lot of influences – even some completely weird ones. There’s always a little bit of nostalgia to my tracks, which I like to merge with modern sounds and technology. I keep the rough energy of warehouse sounds and thumping house records in my mind when I’m starting a track. But from that moment on, I don’t have too much control over what is happening next. I’m always surprised where that process of experimenting is taking me. As for the weird experiments, I caught myself sampling a lot of 90s sitcoms or anime shows lately. I am not quite sure though, where this is heading.

My latest release is a single called Siren. It’s kind of the odd one out of my released tracks, because it’s a straight breakbeat track. The track was a nasty little fellow to me. It was finished in just a couple of hours, that were meant to be a jam session with some new instruments that I got. But it took me months of adding sounds and editing to realise that it was finished just from the beginning. I discarded all changes and I loved it again. I watched motorcycle races while making the track. If you’re reading this and you think you heard that influence, hit me up, I’d love to chat with you.

I was djing my first large festival some time ago, which completely blew my mind. But the achievement I’m really proud of the most is the live set I could play in a small club, while a lot of friends were in the crowd.

Personally, the hottest locations in Stuttgart at the moment for me are Romantica and Kowalski. Konstantin Sibold is really going places since quite some time now and I think he deserves his success. Lately I was amazed by live sets by Rythm is a Dancer and Zeitverschiebung – both are great live acts. I’m playing about two gigs per month currently.

I can understand how lots of people see this as a difficult struggle. My strategy was going to a lot of parties, having amazing nights and meeting interesting people. This worked for me, because eventually promoters, DJs and fellow house heads recognized my ambition as a DJ. Plus: I had really awesome nights.

Prepare for a super boring answer: two CDJs and a mixer. If I’m feeling fancy, I’m bringing my Roland TR-8 drum machine with me, for some improvised drum experiments.

The next step for me is to spread my tracks to a wider and international crowd and to play more live sets. I’m dreaming about an audio/visual live set, combining my music with crazy visuals, that interact with the music. 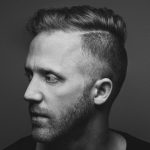 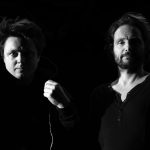