Having emerged from the shadows of Bristol’s fabled drum and bass scene, Eli Brown has rapidly established himself as an artist of real distinction in the house world, with his singularly sinister, twisted records having made an immediate impact. Repopulate Mars, ViVA Music, Toolroom and more have all recognised Brown’s raw, sometimes caustic talent: if you’re looking for dance music with character, you’re in the right place.

Welcome to CU – it’s been an extraordinary year for you so far… has it surpassed your expectations?

Most definitely, when I started working on this project I never had any preconceived ideas about what I wanted it to be other than I was really feeling the music and it was inspiring me to get in the studio and try something new. Thankfully about 18 months ago people started picking up on my sound and its grown pretty organically since then. To think this time last summer I had only done a handful of shows, and this year I’ve been lucky enough to play Hi in Ibiza, Warehouse project, Reading & Leeds Festival and carried out my first tour of the states.

Any particular highlights you’d like to tell us about?

Yeah, going to South America and particularly Ecuador was a great experience. If felt a million miles away from my home town of Bristol and it was great to connect with people who have been feeling my music out there and see how they party, and believe me when I say they know how to have a good time. Also more recently I just came back from two weeks in the states which again was awesome, the house and techno scene is growing super fast over there and it feels really exciting. One of the highlights of the tour was playing Splash House in Palm springs, if you’ve not been then go check it out, pool party madness.

I’m sure you’ve been asked this before, but what prompted the switch from drum and bass to house?

As I mentioned above it wasn’t a conscious decision, I just fell in love with the music and felt super inspired to start writing and its just gone from there really. I still like drum and bass and still make it from time to time but I feel the house scene is a lot less constrained in terms of the genre being a lot broader for example in my sets I can play house, techno, disco, really anything goes and thats what keeps me excited and inspired.

What are the main differences in your approach to production and DJing between the two genres?

Production wise its not massively different if I’m honest, however the style of djing is a lot different. Drum and bass is all about drops and as a result you mix tunes a lot quicker in order to keep that energy going. In house on the other hand its a lot more about groove and vibe so it gives you a bit more freedom to take the listener on a slightly different journey which is something I really enjoy. For example when I was at the Lost Beach club in Ecuador I played for like 5 hours which was amazing fun and really gave me the opportunity to showcase music that I can’t always play in a 1 or 2 hour set.

Does your background in drum and bass give you any advantages when creating house records?

I wouldn’t say so necessarily, the only thing I would say is that as I’ve been making music for quite a long time I have a pretty good grasp on production, mixing and mastering which has definitely helped make my tunes stand out. Also some people say my background in drum and bass has made my tunes sound slightly different to others which I guess has helped me cut in to the scene.

Are there any other genres you’d like to experiment with, or do you think you’ve found your calling with house music?

Yeah Im definitely enjoying this journey but being a producer I’m always experimenting with other sounds an genres as thats part of the fun. Im definitely going to be writing some more techno sounding stuff going forward as well as I love it dark and dirty.

What have you got coming up in the next few months that we should be keeping an ear out for?

Next up is my new EP on Toolroom called The Dance, following that I have a collaboration with Lee Foss called Freak You right, then im finishing up the year with an EP coming on Matthias Tanzmann’s Moon Harbour.

Tell us about the mix you’ve put together for CU… any specific highlights or key tracks?

The mix is a snap shot into what I’m playing in my dj sets currently, so expect plenty of high intensity house and techno and you might even peep my next single ; ) 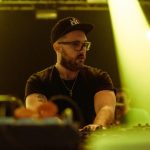 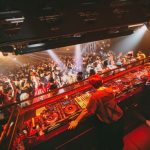