Diego Infanzon is one of South America’s most exciting up and coming talents with releases on Christian Smith’s Tronic, Uto Karem’s Agile Recordings, plus 2000 and One’s Bitten.

Multi-skilled Diego Infanzon has an eclectic sound that for the most part is focused towards techno, but he has also released house tracks on labels such as Chus & Ceballos’ Stereo Productions.

Continuing to impress, his latest release is on Carl Cox’s label Intec and here at Change Underground we have been lucky enough to premiere “Take This One”, which is the second track on the EP.

DJ’s supporting the track include UMEK, Spektre, Loco & Jam, which comes as no surprise when you hear the heavy groove and captivating intensity of the namesake vocal. The harder of the two tracks on the release, the hypnotic intro builds to the main break which unleashes with immense force after the beat kicks back in.

For those visiting Uruguay where Diego Infanzon is based, it’s also worth mentioning his residency at the country’s premier night La Terraza, where he showcases his skills behind the decks playing alongside many of the world’s best known DJ’s.

You can soon pick up a copy of the new release on Carl Cox’s Intec from HERE. 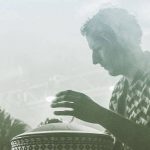 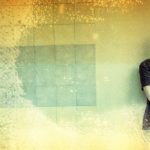