This week our global talent search takes us back to the United Kingdom, as Worcestershire DJ and producer Ryan McCormack supplies our latest ‘Undiscovered’ mix.

I am based in Worcestershire. I grew up listening to house music from an early age, heavily influenced by my older brother and sister. My brother used to play John Digweed mixes, the JDJ one I remember being the first I listened to. That whole series was brilliant and I used to look at the images inside the sleeves and dream of DJing myself. (There was a photo in the Paul Oakenfold CD that showed him DJing at Wembley stadium) I was amazed by that photo. I used to do local discos with my good friend Rob Williams, no beat matching but it was a great experience and made me want to become a DJ even more. My mother bought me my first set of turntables for my 14th Birthday – although I had to wait another 4 months for an amp and speakers ha! Mixing using just my headphones during that time.

Can you remember your first gig? Where was it and did you rock it?

My first gig was a school leavers party – I played b2b with a friend. It was a weird mix of music as I played more house and melodic stuff and he was into UK garage. It went down well. I held a weekly residency after that at a local pub, The Bridge Inn. I had some great nights in there as a 16 year old, I always had the freshest records every week and can safely say I rocked it quite often.

The scene in my area is not exactly thriving for my sound. But myself and Natasha (my partner) are trying to change that. We have started a new underground movement in Birmingham called ‘BACK TO OURS’. We are basing around the “house party” idea. Small, intimate parties with amazing music and friendly atmosphere, something we feel has been lost in recent times. Trying to steer away from the huge warehouse parties and make everyone inside the club feel involved and important as part of the vibration. The scene has kind of been dominated by the bigger venues in Birmingham, it is very difficult to break into these nights even as a warm up, we hope to change that by offering a monthly event with the best names from the Underground, as well as eventually breaking some new names in the scene. We have secured Nick Muir as our resident DJ along with Kiz Pattison & myself on warm up duties. Basically, we are trying to be the Change not only in the midlands, but in the UK.

I use CDJs with either Allen & Heath DB2 or DB4. I like using loops a lot, always long mixing and changing genres as I go along. It is important to try and work the crowd out and find the balance of tracks people know and new stuff I would like to educate them on. I really enjoy a warm up set, you can get away with playing more obscure tracks and I believe it suits my style.

Not as often as I would like ha! It has been very frustrating trying to get on flyers. I have focused more on production over the last couple of years, the DJing has kind of taken a back seat.

The promoters I know are either booking the bigger names or not booking melodic artists like myself. Everyone wants the best names at their parties but sometimes they will demand a well known warmup jockey. This can make it difficult for promoters and people trying to break through as a warm up.

It can be very difficult. Everyone is a DJ these days, I can only imagine the amount of emails and messages promoters get with mixes attached and bios from a plethora of different artists. I try to attach a little bit about myself and my productions also. I cannot say I have been very successful in doing it this way. I think it helps if you know the promoters well, perhaps then they know more about you and what you could possibly bring to their nights.

Sharing the music you love and making people want to dance to it. Seeing good reactions from my own productions is also a great buzz for me.

Getting signed to Einmusika. There will be more details coming soon for that but it is massive for me. I have a couple of collaborations with Natasha coming up too, which I am hugely excited about.

I have a track releasing on Soul De Anima this month called ‘FAITH’ featuring Natasha on vocals. It has a summer feel to it. 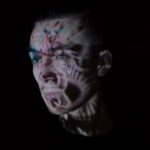 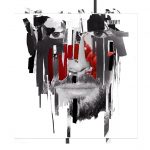